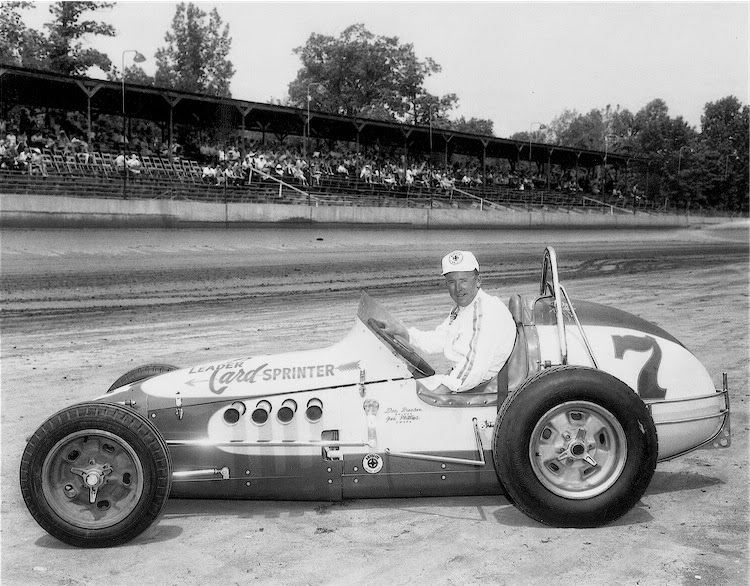 (August 26, 1962) – “You know I’ve been in 38 consecutive championship races throughout the country, sat on the pole many times, but this is my first win. I’m glad that when it finally happened it was at the ‘Horne, as it is one of my favorite tracks.”


Don Branson, the 42-year-old grandfather from , was talking. It was hard for him to convince himself that he had finally won - and big.


Despite a badly cut eye, Branson established a new world record for 100 miles on dirt Sunday when he won the National Championship race for Indianapolis cars and drivers at the Langhorne Speedway.


Branson’s victory also halted the win streak of A. J. Foyt, the defending champion from , who was trying to become the first driver in the 25-year history of the track to win three consecutive victories at Langhorne. Foyt finished fourth after being forced into the pits during the 33rd mile for a tire change.


Branson, who was given first aid treatment immediately after the race, said he suffered the cut around the 75 mile mark when he was struck by a flying piece of hard dirt.


“For a while I could see nothing at all,” he said. “I finally finished the race with the cracked goggles and my right eye practically sightless.”


Hurtubise finished second in the field of 18 followed by Parnelli Jones of , and Foyt.