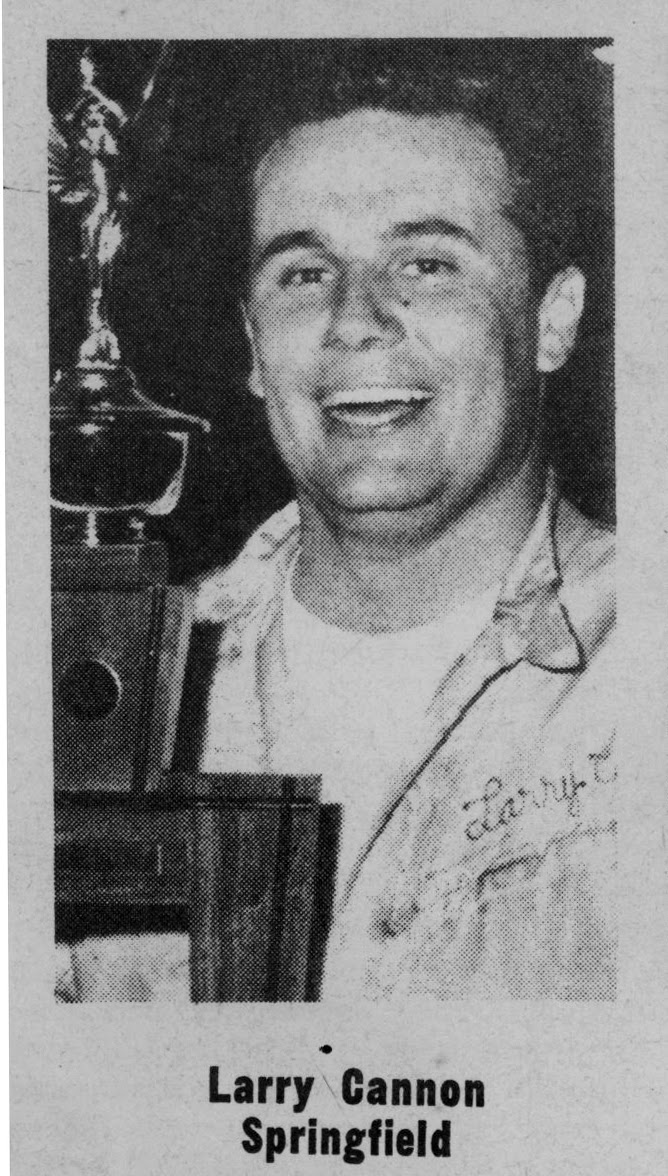 
Cannon took the lead on lap 24 of the 50-lap feature and was never headed. It was his first midget win and the first for the car as well.


The early leader, Bob Wente in the Elder Cadillac Offy, finished second after leading for the first 23 circuits. Dave Strickland brought the Shannon Offy from his eighth starting position to a third place finish in the quick paced event. Only two cars were off the lead lap when the checkers few.


Larry Rice was really moving after he slipped from third to seventh with a spin in turn four. The charger was back up to fourth at the finish. Johnnie Anderson, driving the King O’ Lawn Offy, moved from his ninth starting spot to round out the top five.


Mel Kenyon was the fast man on the evening, starting 13th and taking sixth and Tom Bigelow brought home the Bob Willy Chevy II in seventh over a pressing Don Vogler, Dick Jones and  Hank Butcher.


Bob Tattersall, piloting Merle Bettenhausen’s car, got into the feature as an alternate and settled for 13th in the main event.