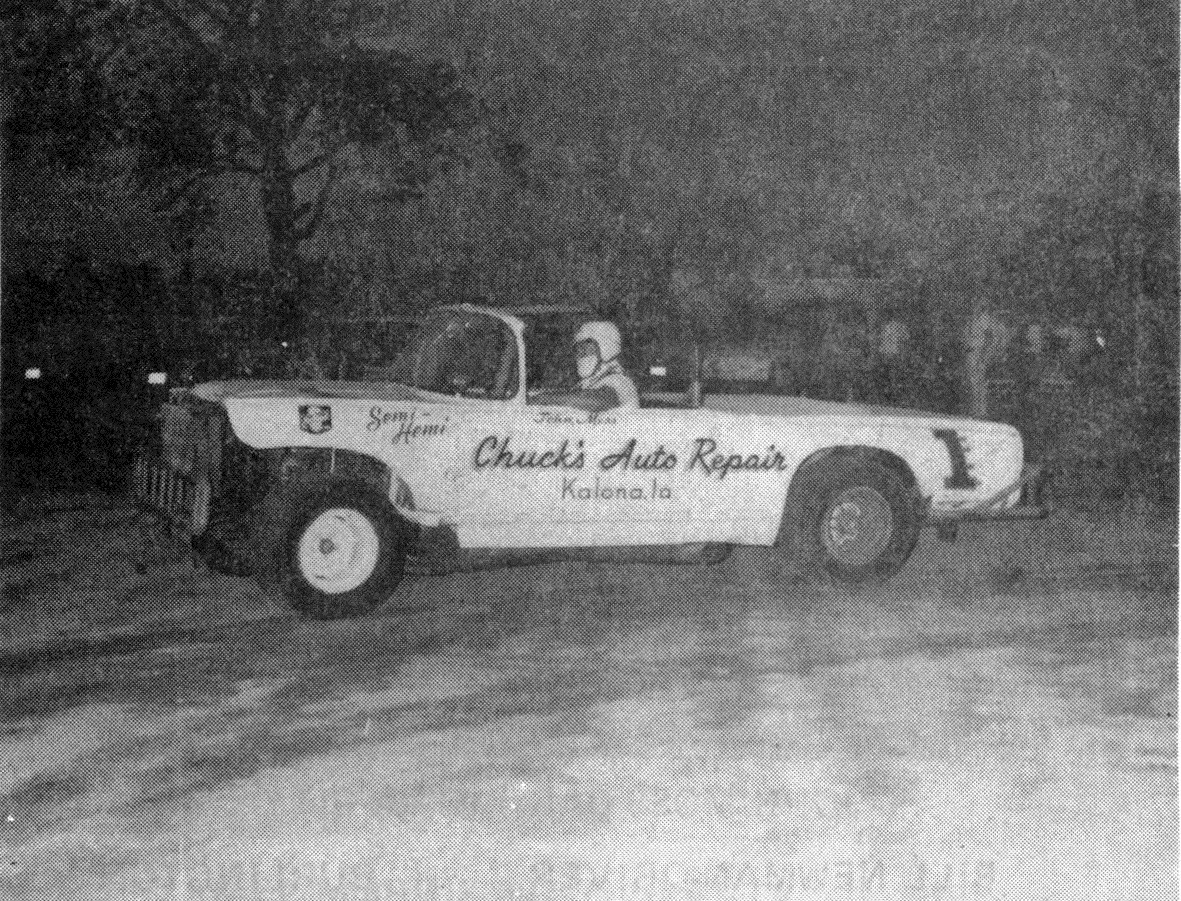 Columbus Junction, (June 21, 1970) - John Moss of took the lead in the Mississippi Valley Speed Club 50-lap mid-season championship races here Sunday night after the point leader, Mark Mosier of , pulled into the pit. Moss hung onto the lead the rest of the way. When he crossed the finish line he had Mel Morris of on his rear bumper.


The feature event was stopped several times for minor accidents. In one accident, Ron Perdock of climbed up on the trunk of Ron Jackson of . ’s car had he left rear heavily damaged, but neither driver was injured.


In the five car five-lap trophy dash, took the lead right away and picked up the checkered flag and his trophy for the year.


In the consolation race, it was Gary Redlinger of Wellman, and Benny Hofer of , picked up the checkered flag for the semi-main event.