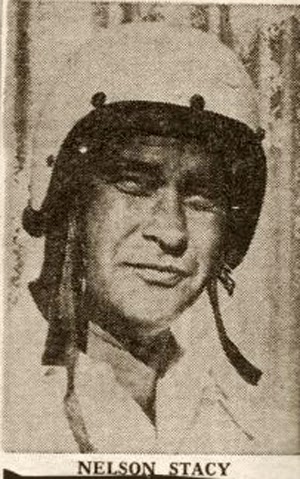 (June 14, 1964) - Nelson Stacy and his 1964 for were in top form, Sunday afternoon, when he and the 100-mile ARCA-sanctioned new car race at the Michigan State Fairgrounds in a close finish over defending champion Jack Bowsher in another 1964 Ford.


The , MARC and NASCAR veteran started in the number two position and first grabbed the lead on the seventh lap from Bowsher who regained it at lap 30 when Stacy pitted for gas.


Bowsher then led until the halfway mark when Dick Freeman got by in 1962 , leading until the 59th circuit when Bowsher again took over. Stacy got by Bowsher on the 98 go-round, holding on to finish the century in 1 hour and 21 minutes.


Finishing third and fourth, half a lap behind the leaders, were Iggy Katona in 1964 Ford and Freeman, not far apart.


Jim Cushman, who won the helmet dash, took a spectacular flip on the backstretch during the first tee and, although his 1964 was demolished, was unhurt. Heat winners were Katona, Don Arnold (1962 Chevrolet), and Bill Douglas (1963 Ford).


A field of 34 cars and drivers were on hand for the Pete Spencer promotion.