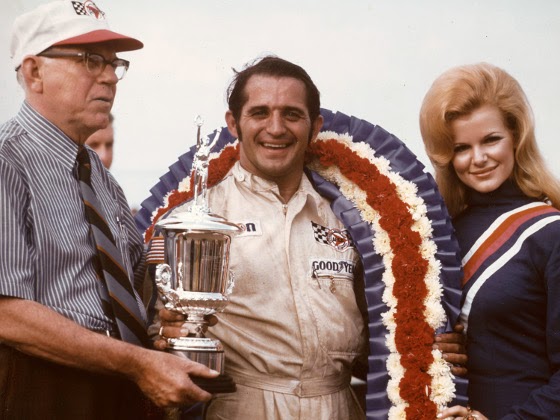 Talladega, Ala. (June 13, 1970) - John Marcum, the amicable president of the Automobile Racing Club of America (ARCA), is known on sight to just about very race fan who's clicked a turnstile t watch the new model stock cars of ARCA to battle on a track in the Midwest.

Big John's been praised, cursed, swindled, done a little swindling himself, answered a promoter's dream, created, a few nightmares, been a Godsend to struggling young drivers, a demon to a few hot dogs, and a boot to the sport of speed in general.

Marcum's been called every name in the book, made money, lost money and somehow does it all with a smile on his face and an outstretched hand.

When it comes to putting on a show for the fans, Marcum puts P.T. Barnum to shame. He's spent the last 42 of his 56 years involved with racing. He knows what racing's all about, and he learned the hard way.

"I'll never forget a race I drove back in '35," said Marcum. "I lived in New Castle, Ind., then, and there was this guy racing at the local track I wanted to beat so bad I could taste it. Well, somebody told me to put a half-dozen mothballs in the gas tank of the car. Said that son of a gun would just fly. So what the heck, I dumped a whole pound of mothballs in the tank. It didn't take long. I blew the head gasket on the engine so bad it knocked the floorboards out of the car and I ran the darn thing into a tree." 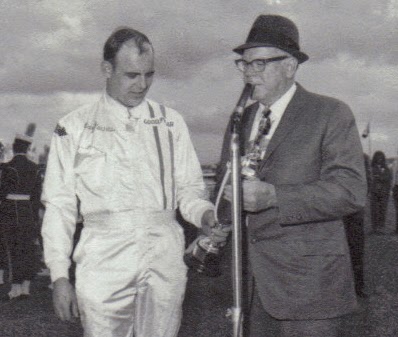 Benny Parson with John Marcum
A lot of stories have floated around over the years as to the relationship between Marcum and Bill France Sr., president of NASCAR (National Association for Stock Car Auto Racing).

"I first met France at Daytona Beach back in 1936," said Marcum. "I was driving a '34 Ford roadster and I can't remember what Bill was in. Those were the days; we wore a cloth helmet then. I remember I wasn't scared of getting hurt in the race as much as I was of getting bit by a rattlesnake. They were all over the place. They had signs up everywhere warning people to watch out for the snakes. I just knew if I got out of that car I was gonna be eaten alive.”

Marcum worked with the All Star Racing Association, until 1948. In 1949, John went south once again to work for, not race against, Bill France and his new NASCAR organization. 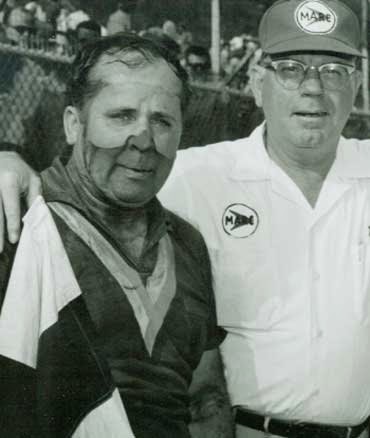 Iggy Katona with John Marcum
In 1951, Marcum left NASCAR and came back to his home in Toledo and formed the Midwest Association for Race Cars (MARC). Frank Canale, who was the All Star champ in '49, came with Marcum as chief scorer and vice president, and he's been with John ever since.

"Boy, that MARC name got us in a lot of trouble," said John. "Everywhere we would go people would say, ‘There's that Toledo bunch again.’ We really had drivers from all over the Midwest, but it didn't mean a thing because of our name.”

"We raced new model stock cars back then just like we do now," continued Marcum. "Then we just made the drivers tape up their headlights. There weren't any big racing tires back then either and roll bars weren't mandatory at all."

One of the oldest stock car racing events in the country is the annual Dayton 500 held at the Dayton, Ohio Speedway.

"Everybody said we couldn't race for 500 laps," said John. "People thought we were nuts, but we held the race anyway and had one of the largest crowds for a stock car show in the country. We had a $71,000 gate. That was in 1953 and Iggy (Katona) won it without changing a tire.”

"Now look at what we're doing. This Sunday (June 14) we're running the Vulcan 500 here at the Alabama International Speedway. That's 500 miles instead of 500 laps and the purse is almost what we had back then for a gate. Iggy's driving in this one too, but he'll be going about 100 miles per hour faster than he did back in '53 and he'll use several dozen tires. It sure is a change from the old days." 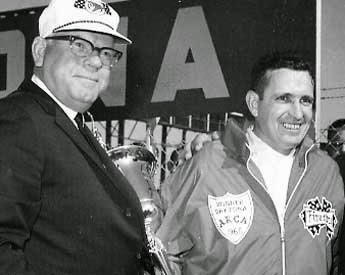 John Marcum with Jack Bowsher
John Marcum is as colorful as the sport and organization he represents. He gives himself to the sport 24 hours of every day. Few people work as hard for racing's participants; none work harder.

They threw away the mold of John Marcum. He's one of a kind.