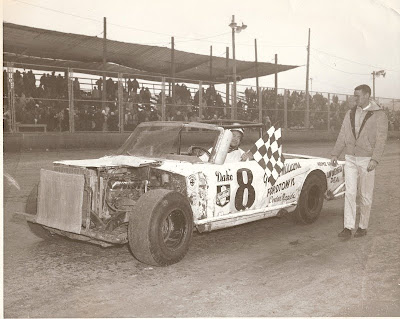 The afternoon sunshine made the Monday special a wild affair as the hard dry slick track caused spinouts all day long. Several top drivers including Bill McDonough, John Schlemmer and Johnny Beauchamp were involved in mishaps during the event. Thirty-seven cars were on hand to qualify for the 50-lap main event.
Winning heat races were Jim Kaehler, Bruce Haack, Jim Gerber and Del Williams. The consolation was won by Bill Hunter.