2000 - Sixty-five drivers tried their best to qualify for the $10,000-to-win Pepsi USA Nationals at 34 Raceway on September 2-3 but only 26 made it into the main event. Coming out on top for the Deery Brothers Summer Series for IMCA late models was Mark Burgtorf of Quincy, Ill., who became the eighth driver to win the annual event that was first run in 1992. Darren Miller of Chadwick, Ill., looked to have the race wrapped up when a flat tire sidelined him on lap 60 allowing Burgtorf to pass him for the lead and the victory.

1990 - Richie Bickle of Edgerton, Wis., grabbed the lead with 28 laps remaining to win the 14th Annual ARTGO Summer Nationals 150 at Wisconsin Dells Motor Speedway on September 1. The win was Bickle's first ARTGO-sanctioned triumph on the season as he became the 13th different winner in 15 events run so far this year. Bickle posted a eight-car length win over Joe Shear, Jim Weber, Steve Carlson and Matt Kenseth. 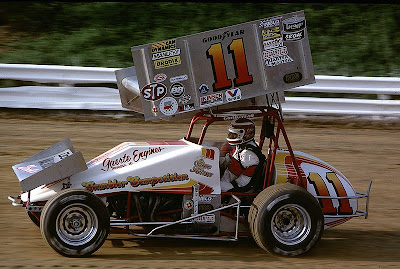 Steve Kinser wheeled his Gaerte Engine/Gambler Chassis into victory lane at I-70 Speedway in Odessa, Mo., on September 1, 1984.
1984 - Steve Kinser of Bloomington, Ind., broke a month-long victory drought by winning the 30-lap World of Outlaws/Skoal Bandits Shootout sprint car feature at I-70 Speedway in Odessa, Mo., on September 1. Kinser passed Bobby Davis on lap 23 to take the point and was never headed after that. Davis, fast qualifier Shane Carson, Danny Smith and Rick Ungar rounded out the top five. The victory was Kinser's 17th of the season and 133rd of his career. 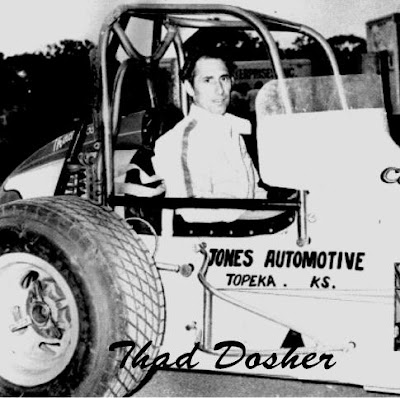