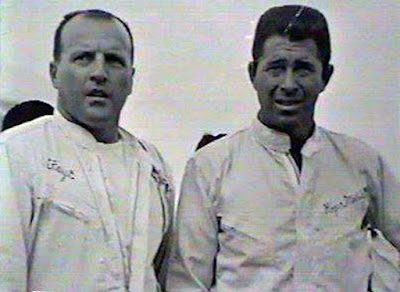 Foyt's Ford Torino went out on the 80th lap after an accident, one of several that marred the race; and he borrowed a similar car from teammate Jack Bowsher of Springfield, Ohio, to finish the course.

Only 12 of the 32 cars which started the run, the last USAC stock car race of the year, finished over the nine-curve tricky layout.

Going into the race, Foyt, of Houston, Tex., was the USAC point leader, standing 90 points ahead of McCluskey. But Bowsher got the 400 points for the victory and Foyt didn’t place officially. McCluskey received 320 points for finishing second.

Bowsher and Foyt shared the $2,000 first-place money and 19 percent of the gate, which was a disappointing crowd of only 6,421.

USAC rules require that the driver finish in the car that he started in. Foyt, visibly angry at the decision which denied him the championship, drove away immediately after the race without comment.

It was clear, however, that Foyt believed he should have had the title on the basis of his point lead going into the race and should not have had to run here. The Race of Champions wasn’t even on the USAC calendar and was granted grand national status only several weeks ago.