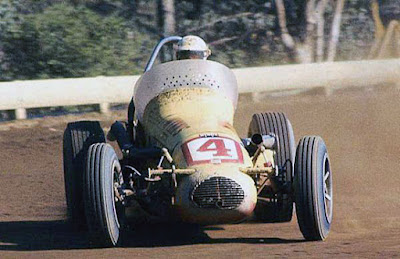 Branson started from the pole position but twice lost the lead to Andretti before regaining it for good on the 64th lap. Branson completed the 100-lap race in 1 hour, 9 minutes, winning an estimated $7,500 of a $28,579 purse.

Foyt, two-time Indianapolis 500 mile winner and four-time United States Auto Club National Champion, kept many of the 13,452 spectators on their feet as he worked his way through the field from a ninth place starting position.

Branson's victory was his third of the season. His earlier victories were at Phoenix in March and Du Quoin, Ill., in September.