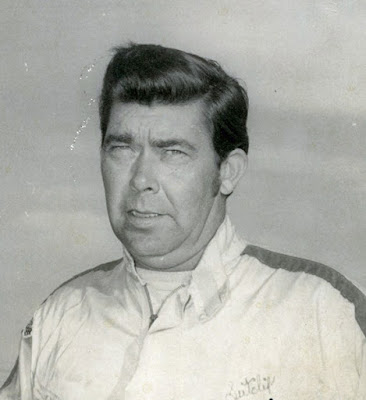 Topeka, Kan. (April 14, 1968) – A chilly April evening didn’t cool the spirits of the racing fans as the 1968 race season opened at the Mid-America Fairgrounds under the promotion of Jerry Weld.
The fairgrounds came to life with drivers from Illinois, Iowa, Kansas, Missouri, Nebraska, and Pennsylvania. They put on one of the best racing programs in Topeka in years.
Dick Sutcliffe of Greenwood, Mo., driving the Gary Hanna #29, grabbed the 25-lap feature win. Thad Dosher of Topeka, the 1967 Knoxville Nationals champion, took second, driving Jack Cunningham’s #14. Jerry Blundy of Galesburg, Ill., in the Hitchcock #82 Chevy out of Des Moines, nabbed third place.
Blundy won the B-feature while Kenny Weld, formerly of Kansas City, now out of Pennsylvania, won the trophy dash.
All in all, it was a great first night for Jerry Weld in his first effort as the promoter of the half-mile track.
Sutcliffe ripped off a time of 24.59 seconds in time trials to earn the eighth starting position under the new rule which inverts the fastest eight cars for the feature.
The husky veteran won his heat race, proving it is possible to move from eighth to first in a hurry.
Blundy was unable to get his machine functioning for time trials and had to settle for starting in the rear of the field for both his heat and B-feature.
In the B-feature he started tenth to first in five laps, and won going away. In the main event, he got up to sixth in seven laps and was in third by lap 12. However, his momentum stopped there, as he was unable to get by Dosher and Sutcliffe.