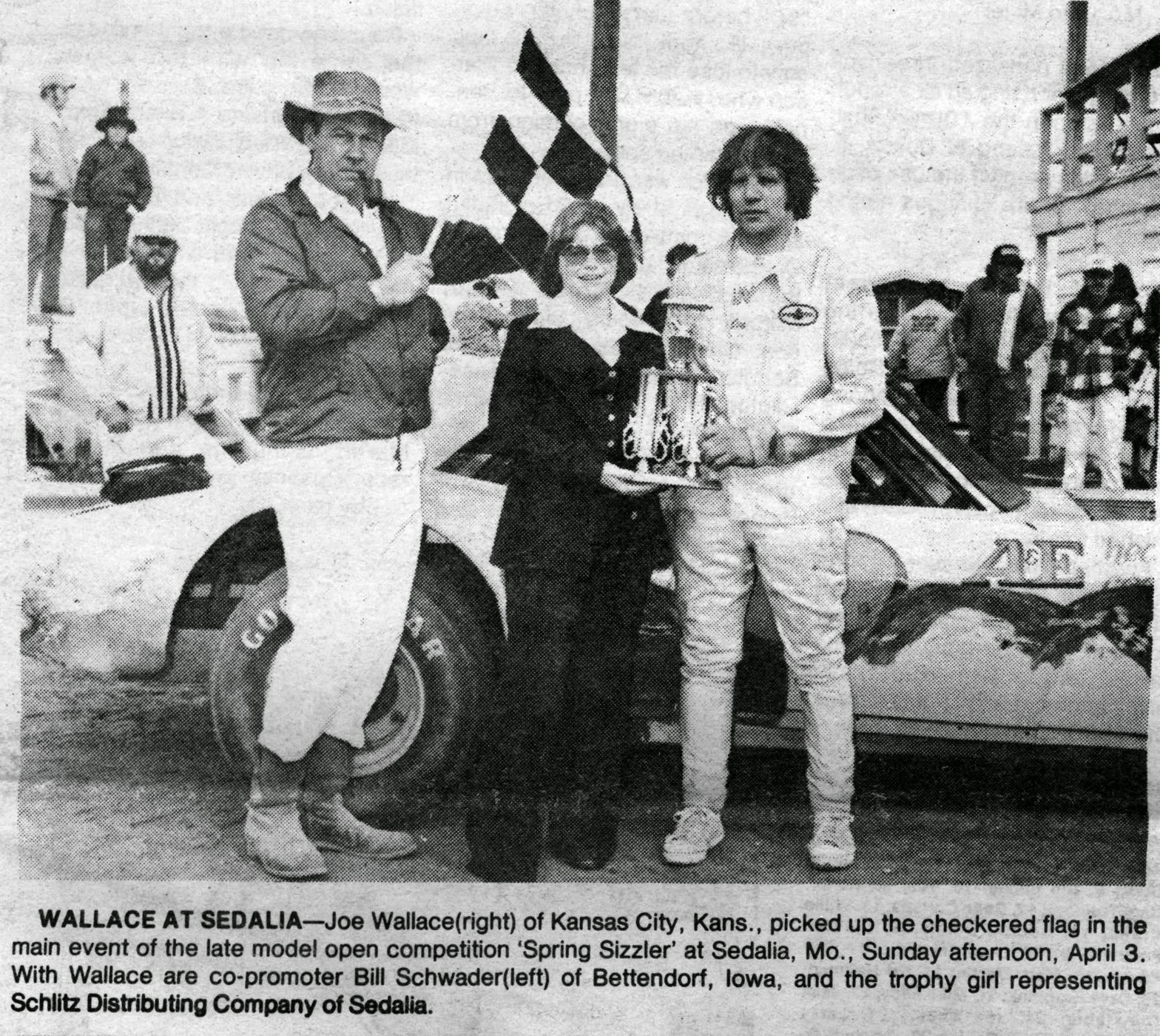 
It was all Wallace, as the veteran late model pilot swung his Chevy around the fast half-mile at ease, leading all 50 laps.


Tom Bartholomew of , finished second, followed by Mike Dibben of , in third.


A small crowd turned out to witness the first late model race on dirt in for the 1977 season. More than 55 late models were entered from six different Midwestern states. 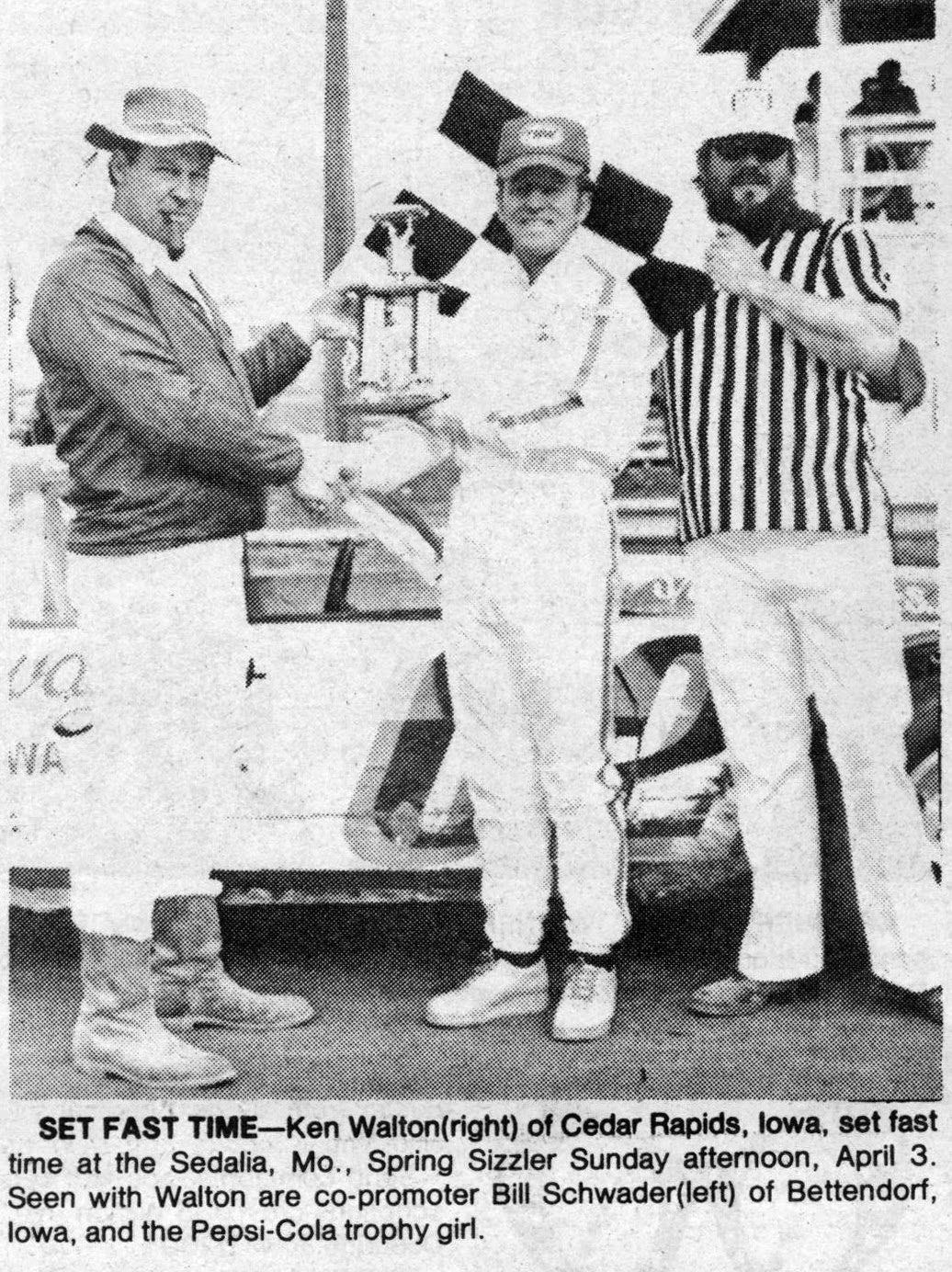 Ken Walton of , blistered the time trials portion of the event, with a 24.56 second clocking. He started sixth in the feature, with an inverted top six start and finished sixth.


Most drivers had their late models in good running order but many still had a problem hooking up their horsepower to the lightning fast black dirt.