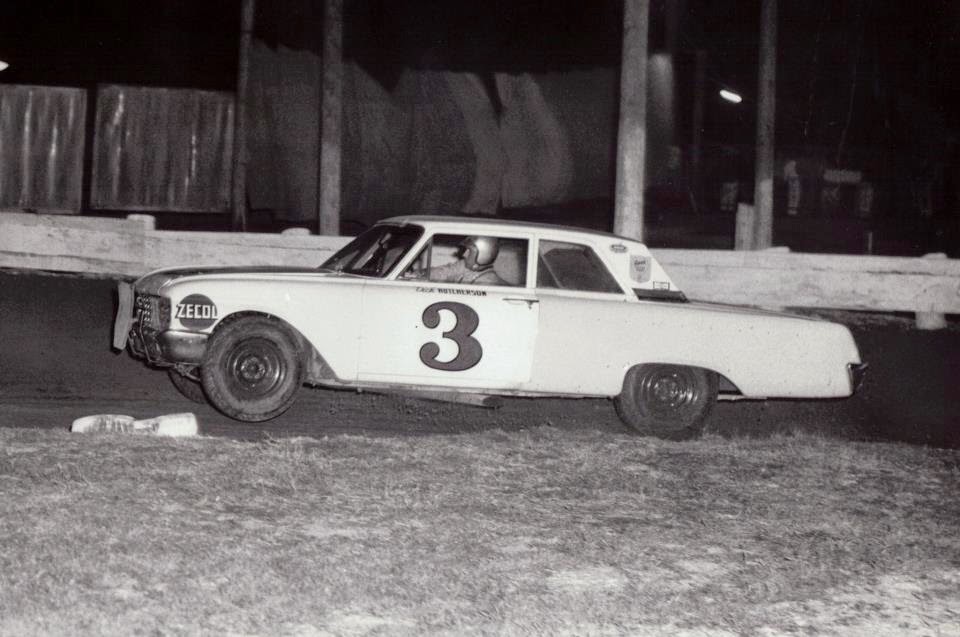 Shreveport, La. (April 21, 1963) – Dick Hutcherson, a 30-year-old dirt track veteran with four seasons already packed under his belt, initiated the International Motor Contest Association’s 1963 campaign with the smell of exhaust smoke as he wheeled his ’63 Fastback Ford to victory in the 10th annual Pelican 200.


Hutcherson’s powerful coupe showed its rear bumper to the remainder of the 16-car field throughout the final 146 laps.
Ramo Stott, like Hutcherson a native of Keokuk, Iowa, guided his pale blue 1963 Plymouth into second place over the 100-mile grind; Lennie Funk of Otis, Kan., in a ’63 Ford, landed third; Eddie Harrow of Corpus Christi, Tex., in a ’63 Chevrolet, tooled his orange and cream mount into the fourth spot.


Ernie Derr, the ringleader of the “Keokuk Komets”, and defending champion of the Pelican 200, experienced mechanical troubles with his 1963 Pontiac and retired after the 164th circuit. He eventually wound up being scored in 11th place.
“I couldn’t have made another five laps,” said an exhausted Hutcherson after it was over, his coveralls soaked with sweat.


His Ford, however, still looked good for another 200-lapper as it completed its fourth race with “Rapid Richard” behind the wheel. He had already raced the car at Newport, Ky., Houston, Tex., and Austin, Tex., finishing second and third in two of those runs.
Hutcherson, no worse than third in the national point standings since he joined the Auto Racing, Inc., circuit in 1959, and runner-up to Derr last year, smashed one Shreveport record en route to his triumph. His time of 45 minutes and 30.56 seconds for 50 miles broke the old record of 45 minute and 45 second record he posted himself last October during the State Fair.


Dick’s first Pelican 200 victory – putting him in a class with such drivers as four-time winner Don White, two-time champion Ernie Derr, Johnny Beauchamp, Sonny Morgan, and Ramo Stott – was witnessed by a record crowd of over 10,000 by ARI promoter Frank Winkley, the biggest turnout for a State Fair Speedway stock car event.
Hutcherson, who pocketed $700 of the $4,000 purse, rewarded the record gathering on a cloudy and overcast afternoon by lapping the entire field as early as the 96th lap. Only Stott was able to get back on the lead lap and that was on lap 170 when Hutcherson was already comfortable ahead.


For the first 55 laps, Jerry Douglas of Wichita Fall, Tex., driving Ernie Derr’s championship Pontiac from 1962, gunned out to a tightly-bunched lead. Hutcherson gradually jockeyed his way into eighth place on lap 11 as Lennie Funk rolled into the pits.
On the 69th lap, shortly after nudging past Douglas for the lead, Hutcherson Ford dropped a tailpipe but he kept rolling. His first pit stop came on lap 106 and his crew had him gassed up and rolling again in exactly 13.44 seconds.