1998 - Jeff Anderson of Atlantic, Iowa won 3rd Annual American IMCA Stock Car Shootout at Southern Iowa Speedway in Oskaloosa, Iowa, on July 2. Brad Pinkerton of New Sharon, Iowa led 20 of 25 laps in the contest but Anderson, using the high side, passed Pinkerton on lap 23 to grab the lead and the win.

1988 - In a classic battle between two veterans with 11 combined track championships, Jim O'Conner and Tony Izzo swapped the lead four times in the last half of the race before O' Conner went on to win the 50-lap Prairie State Classic at Santa Fe Speedway in Hinsdale, Ill., on July 2. 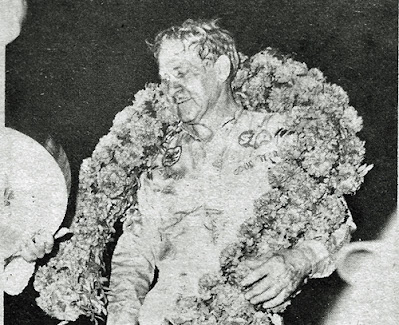