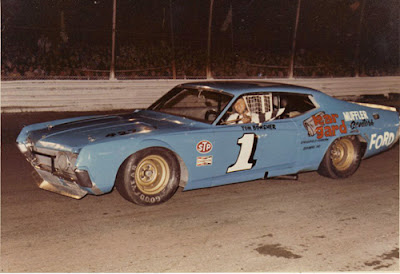 
Ron Grana battled with Bowsher in the early going with Bowsher pulling away after about 25 laps. Grana, in his 1970 Chevelle, continue to run second until a minor shunt pushed his right front fender against the tire. Grana pitted for a tire on lap 85 and lost nearly four laps. He finished 11th, four laps behind Bowsher.