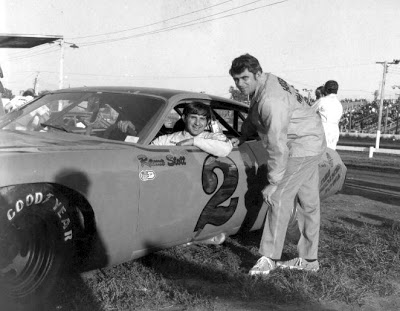 Jack, a lifelong resident of Des Moines attended East High School and worked at the Orville Lowe Ford dealership where he met his wife Shirley in 1955. Mr. Lowe became a key mentor and was supportive of his entrepreneurial ambition.

In 1957 Jack became self-employed and opened a truck and car washing business. Two years later in 1959 he expanded his business into heavy duty truck repair, painting and towing.

As the founder of Housby Mack, Jack was also the inspiration behind the other Housby Companies. His ambition, work ethic and integrity established the core values of the Housby organization. Jack took pride in having many long term employees as well as having several start their own successful dealerships.

Jack was highly active in motorsports. He was a car owner/sponsor in both the NASCAR,  INDYCAR and USAC Stock Car Series as well as supporting racing throughout the State of Iowa. Jack was on the NASCAR National Motorsports Appeal Panel and was on the board of directors and past president of the National Sprint Car Hall of Fame & Museum Foundation.Jack enjoyed work, family, racing and fishing - he worked hard and he had fun.