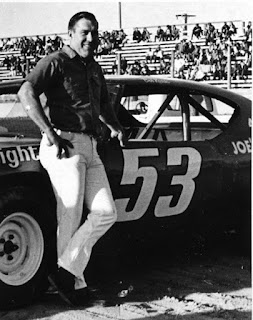 
For the fifth straight year the driver captured the 25-lap main event after taking the lead on the 19th lap and holding off a serious challenge from ’s Clayton Petersen Jr., Saturday afternoon at the Fairgrounds.


“Every year it gets tougher,” said Kosiski, “and this year was the toughest race yet.”


Larry Stromer took the lead from the start and held it through eight restarts in 19 laps before dropping from the race with an overheated engine a conceding the lead to Kosiski, vivid running a close second.


The Omahan took the lead briefly on the 18th lap when he dropped to the inside of the main straightaway passing Stromer. But going into the first turn on the half-mile dirt oval Kosiski became trapped in traffic and Stromer regained command.


On the following lap Lincolnite Jay Sterns spun trying to pull into the infield bringing up caution flag for the ninth time in the race.


The swelling caused the overheating in Stromer's car and forced him to drop from the race giving Kosiski the lead.


Petersen, who started on the inside seventh row of the 24 car field, and work his way up to second place by this time, then glued his car to Kosiski’s bumper providing a wild for lap dash to the finish.


On the 23rd lap Petersen roared past Kosiski on the backstretch, but a spin out at the same time on another part of the track brought up the yellow flag rescinding the change of the leaders.


Petersen trailed closely on the restart and got to the inside on the first turn of the final lap but the driver held off the challenge and finished just a few feet ahead at the finish line.


Lincolnite Don Droud, who won his heat leading from the start, past Joe Wade on the second to last lap to finish third in Omahan Jerry Wancewicz placed fifth.


“I didn't realize that Petersen was that close to me until we got into traffic,” said Kosiski. “He was really coming on strong and I don't know if I could have got him if he had taken the lead.”


His face covered with dust from the track Kosiski smiled and added, “I guess they're leaving this state fair race for me. Stromer dropped out and Petersen had to go back on the yellow flag which gave me the lead. And on this slick track with only one groove to drive in, it's the only way you can win.”


Petersen said he felt that with the break on the yellow flag all he could do was wait for Kosiski to make a mistake.


“You really can't pass on the outside of this track because it's slow slick, so all I could do was wait for him (Kosiski) to bobble and slip a little high on the track,” said Petersen. “But he's such a good driver and had the luck this time. Maybe next time either breaks going for me.”


Mike Dizona won the B feature after taking the lead on the eighth lap of the 10 lap race when leader Larry Jiskra, dropping the race with mechanical troubles.


Midwest Speedway point champion Kent Tucker didn't compete in a feature races when a radiator hose snapped during a collision in his heat race.