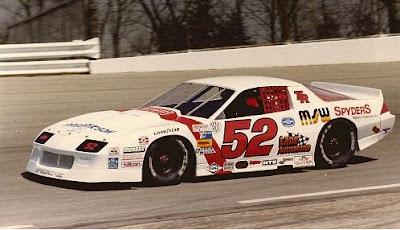 In ASA’s first return to the track since 1986, Miller took the lead on lap 219 when leader Dave Jackson pitted. Miller would go on to win his fifth race of the season by nearly one-half lap over runner-up Dick Trickle.

Miller won $8,175 in money and contingencies and averaged 76.16 miles per hour in his first-ever win at I-70. There were five lead changes among five drivers and 11 cautions for 65 total laps on the .54 mile oval.

“This a tough track but the car ran excellent throughout the whole race,” Miller said as his drive for a second consecutive ASA championship continued. “The car was loose at first but handled tighter as more rubber was being laid on the track.”

Miller extended his series’ point lead to 142 over his closest rival Harold Fair after beginning his three race win streak with only a 33-point margin.

The defending ASA Racing Series champion, who started from the second row for the first time this season, took the lead from Trickle on lap 110 before the first flurry of pit stops occurred and was in third after the second series of pit stops took place on lap 155.

Tony Roper led 32 circuits and Jackson took over for 33 round trips before pitting himself.

Starting from the pole position for only the second time this season, Trickle led the first 104 laps. He would falter badly late in the race with bad tire stagger but still managed to pass all-time ASA winner Bob Senneker for second place with only 28 laps to go.

Veteran Tom Jones trailed Miller, Trickle and Senneker by one lap for his best finish of the season and Jackson posted a career best fifth place showing. The top 10 was rounded out by Raines, Lonnie Rush Jr., Mike Garvey, Ted Musgrave and Fair.

Fair pitted early with power steering failure but still led briefly for 37 laps before pitting on lap 155. Musgrave recovered from trailing by two laps but went six laps off the pace with front-end damage.

Bobby Dotter was running second for the second ASA race in a row and went out with rear-end failure with only 23 laps to go in the contest.