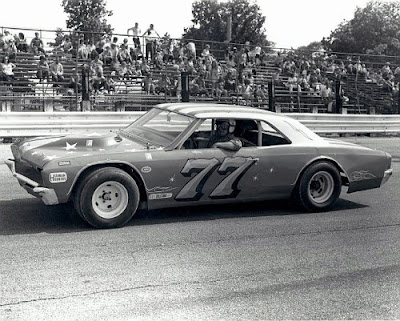 Schererville, Ind. (October 16, 1974) - One of the final stock car racing events in the Midwest will take place this Sunday afternoon, October 20, as the Illiana Motor Speedway presents the Whitey Gerken-Dennis Shelton Memorial Benefit race program, in honor of the veteran driver and pit crew member who were killed in an accident at the speedway last year.

With most of the tracks in the Midwest closed for the season, a record number of entries are expected for this open competition late model card. Drivers from both paved and dirt tracks will be on hand to give it one last fling before Mother Nature puts an end to racing in this area.

The afternoon's racing activity will include twin 20-lap feature events on the wide Illiana half-mile paved oval, in addition to a full program of time trials, a trophy dash and heat races.

Net gate proceeds from the event will go to the Gerken and Shelton families. A rain date of Sunday afternoon, October 27, has been set for this event, the final one on the 1974 Illiana racing calendar.


Time trials are slated for 1 p.m., with the first race set to go at 2:30 p.m. Illiana Motor Speedway is located near Schererville, Ind.