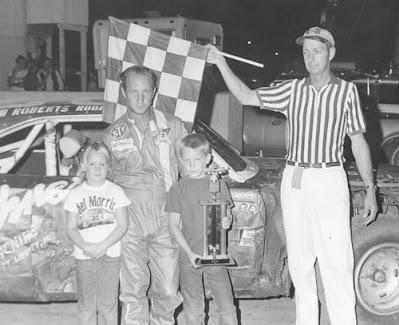 Mel Morris is joined in victor lane by some young fans. - Pam Elwell Collection
Columbus Junction, Iowa (October 9, 1971) - Mel Morris of Atalissa took the lead on the 22nd lap of the 50-lap feature event here from John Moss of Iowa City and held it to win the final race of the 1971 Mississippi Valley Speed Club season.