1970 - Frustration Over for Ramo Stott 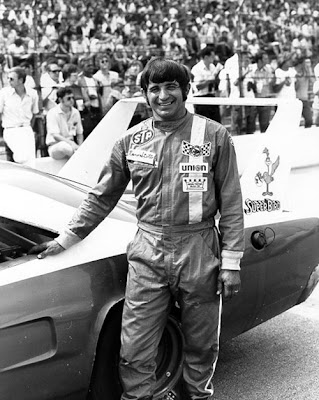 Keokuk, Iowa (October 18, 1970) – The years of frustration are finally over for Ramo Stott of Keokuk. He has reached the top at last as late model stock car racing champion of the Automobile Racing Club of America (ARCA).


“I’m just tickled to death,” Ramo, 36, said as he reminisced about the 1970 season and the seven years he was runner-up in the International Motor Contest Association.

Stott earned the title with 2,130 points, Iggy Katona of Detroit finished second with 1,845 and Andy Hampton of Louisville, Ky., took third with 1, 390.

“I won approximately $38,000 for the season, which includes some other races, and my expenses were approximately $20,000. It was my greatest year for earnings.”

IMCA records show Ramo started competing in that organization in 1957, finishing in a tie for 40th that year. He was seventh in 1958 and fourth in 1959. He bounded up to second in 1960, was third in 1961 and ‘62 and then spent the next six years as runner-up to national champions Ernie Derr and Dick Hutcherson, also of Keokuk.

Ramo went to ARCA for the 1969 campaign and finished third, missing three early races. Asked to explain his current success in relation to his days of frustration in IMCA, he replied, “All (ARCA) races were run on asphalt tracks and I seem to do better on asphalt than I do on dirt (most IMCA races are held on dirt tracks). Even Ernie will tell you I do better on asphalt.”

Does he consider Katona and Hampton harder to beat than Derr? “They’re all tough,” Ramo said, refusing to be drawn into a comparison. “One of the big things in my success was that I finished in all but one of the races, helping to keep my point lead,” he said. “I led all the way. In IMCA, I failed to finish sometimes because of mechanical problems."

He said dirt track racing is harder on cars than asphalt racing. “Parts last longer,” he said, “particularly the engine and suspension.”

Among Ramo’s feats with a 1970 Plymouth were the winning of the ARCA 300 at Daytona Beach, Fla., and the Vulcan 500 at Talladega. He also finished eighth in NASCAR’s Daytona 500 and Talladega 500.

What’s in the future?