by Lee Ackerman
Omaha, Neb. — Every year since 1978 around the 1st of August they run the Belleville “Midget Nationals” at the historic and lightning fast Belleville High Banks in Belleville, Kan.

For many years starting in 1987, the pre-Belleville Midget show in the area was held at Eagle Raceway just east of Lincoln. It was called the Pepsi “Mid-Summer Midget Classic.” Looking back at the event, we find that a number of participants in that race have gone on to become household names in NASCAR. 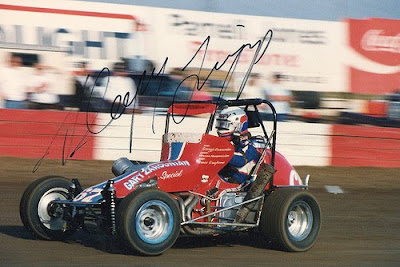 The inaugural show was won by a driver from Costa Mesa, Calif., by the name of Ron (Sleepy) Tripp. Tripp was anything but sleepy; he would win nine USAC National or Western Region championships along with the Belleville “Midget Nationals” in 1985 and 1987. In 1988, Wisconsin’s Dean Billings took the win and the following year the event was sanctioned by USAC, and another USAC Midget legend, Robby Flock of City of Industries, Calif., won the “Mid-Summer Classic.” Flock would win four USAC National or Regional Championships and the 1996 Belleville “Nationals.” 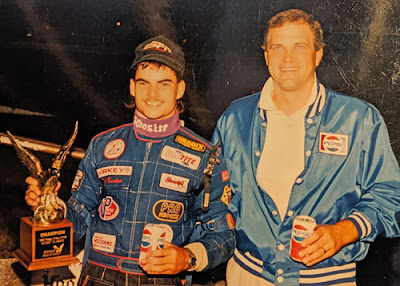 Before paving his way to NASCAR fame, Jeff Gordon was an accomplished USAC midget pilot who would win the Mid-Summer Classic, the Belleville Midget Nationals and USAC national midget championship in 1990. - Joe Orth Photo

On July 31, 1990, the stars of USAC returned to Eagle and the winner was a young California native, living and racing out of Pittsboro, Ind., by the name of Jeff Gordon. Gordon would go on to win the Belleville “Midget Nationals” and the USAC National Midget Championship in 1990, and would eventually leave USAC for NASCAR. I think you probably know the rest of story.

Tony Elliott, of Indiana won the 1991 race and then went on to be a mainstay in USAC open wheel racing for many years winning two national championships. In 1992 and 1993, the “Mid-Summer Nationals” saw its first repeat winner, as Page Jones, son of the legendary Parnelli Jones won back-to-back “Mid-Summer Classics.” Page would also win the Belleville “Nationals” in 1993 and was a rising star in open wheel racing until his career was cut short by a bad accident in a Sprint Car at the “4-Crowns Nationals” at Eldora Speedway.

On August 2, 1994, another young Indiana hotshoe, from Rushville, Ind., would win the race. Tony Stewart would go on to become one of the most versatile drivers in racing, winning national championships in all three of USAC’s premier divisions in 1995, the first driver to do so. He would later campaign in the Indy Racing League, before leaving for NASCAR and a storied career. Stewart has not forgotten his roots and still campaigns the short tracks. While most Nextel Cup drivers were looking forward to their first competition of 2007 during Daytona “Speedweeks,” Stewart already had two wins in midgets, winning indoor races at the Fort Wayne Coliseum, as well as his second “Chili Bowl” in Tulsa, Okla., in January.

California’s Cory Kruseman took the 1995 Pepsi “Classic” and would go on to win the “Chili Bowl” in 2000 and again in 2004. In 1996, the event was a two-day affair with wins posted by Colorado Midget legend Dave Strickland Jr. and Tracy Hines. Hines, later won USAC Silver Crown and Sprint Car titles and was a regular in the NASCAR Craftsman Truck Series for a while. He also won the “Chili Bowl” in 2005.

Another driver who has gone on to national prominence won the 1997 “Classic.” Jason Leffler would follow up his win by also winning the Belleville “Nationals.” Leffler would become a three time USAC National Midget champion as well, winning a USAC Silver Crown championship before moving on to NASCAR.

California’s Ricky Shelton would win the 1998 version of the race. In 1999 it was Dave Darland passing Dave Strickland on the final turn to take the win. Darland would become a mainstay of USAC open wheel racing winning championships in all three major USAC series.

In 2000, yet another future star would grace victory lane at the “Mid-Summer Classic.” Enumclaw, Wash.’s Kasey Kahne would not only win the “Classic” but also the Belleville “Nationals” in both 2000 and 2001 and the USAC National Midget championship in 2000. Kahne would also move on to NASCAR as the driver of the #9 Ray Everham Dodge.

In addition to drivers that have won the “Mid-Summer Classic”, many other named drivers participated in the race, including “Indianapolis 500” veteran Johnny Parsons Jr., former USAC star J.J. Yeley, who in 2003 tied Tony Stewart’s record of winning all three premier USAC championships in the same year. Ironically, they were teammates at Joe Gibbs Racing.

The late Kenny Irwin, Jr., would race in the “Classic” and go on to win the 1996 USAC Midget championship. He would move to NASCAR and become a star in the Cup series before his tragic accident at New Hampshire Speedway. 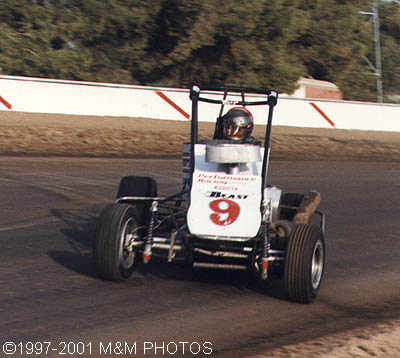 The late Kenny Irwin Jr. would compete in the Mid-Summer Classic and claim the 1996 USAC midget national title.