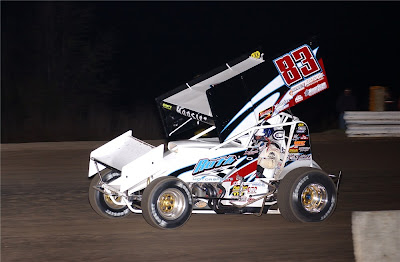 Danny Lasoski of Dover, Mo., piloted the Beef Packers #83 to victory in the 38th Annual Knoxville Nationals on August 15, 1998.
1998 - "We did it! This is the greatest day of my life," yelled Danny Lasoski from victory lane after he scored his first Amoco Knoxville Nationals win on August 15. After battling side-by-side for the last 20 laps, Lasoski passed Sammy Swindell on the last lap to pull of the thrilling win. Jac Haudenschild passed Swindell coming out the fourth turn to take runner-up honors and Swindell settled for third. 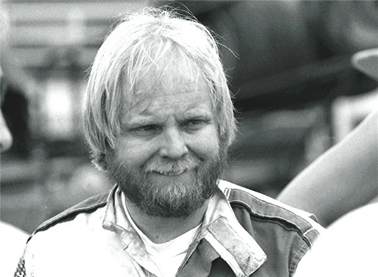 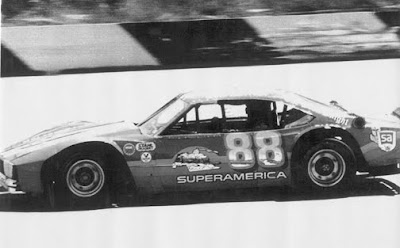 Tom Reffner of Rudolph, Wis., powered his Ed Howe AMC Javelin to feature win number 56 on the season, winning at State Park Speedway on August 14, 1975. He would finish the season with an amazing 67 victories.
1975 - "The Blue Knight" Tom Reffner won his 56th feature of the season by out dueling NASCAR star Bobby Allison in State Park Speedway's 100-lap Race of Champions in Rib Mountain, Wis., on August 14. Allison took the lead in his Camaro but drifted high on the 39th circuit allowing Reffner to move his AMC Javelin into the lead and eventually the win. Mike Miller would also get by Allison to take second while Allison settled for third. 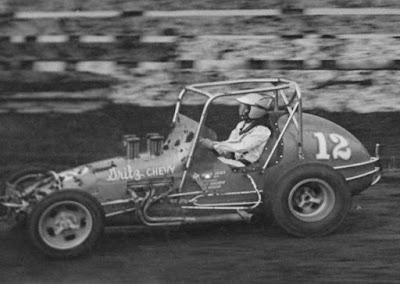 Ken Gritz won the Super Modified Championship at Knoxville Raceway.
1969 - Kenny Gritz of Lincoln, Neb., fought off the pain of burns to his face and won the Knoxville Super Modified Championships at the Marion County Fairgrounds in Knoxville, Iowa on August 16. Burned earlier in the day when sparks from welding torch ignited a gas tank fumes, Gritz overtook fellow Lincolnite Jan Opperman on the 27th lap and took the checkers with a comfortable lead. Opperman, Bob Williams and Ray Lee Goodwin, both of Kansas City, and Kenny Weld of Thomasville, Penn., rounded out the top five. Unfortunately, Gritz enjoyed the biggest win of his career for a short time. Just 16 days later, Gritz was killed in a sprint car crash at the Nebraska State Fairgrounds in Lincoln on September 1.