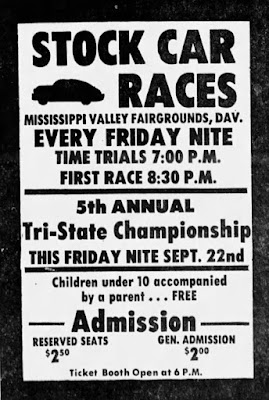 Advertisement for the 1967 Tri-State Championships

By Kyle Ealy
Davenport, Iowa – One of the biggest season ending stock car events in Iowa was the Tri-State Championships at the Mississippi Valley Fairgrounds in Davenport.

Drivers from Iowa, Illinois and Wisconsin would compete, hence the name.
It all started on September 20, 1963, when popular Jerry Reinhart won the 100-lap feature over Lloyd Caldwell of Kewaunee, Ill., and Bill Starr of Davenport. Reinhart’s victory would be protested by several drivers afterwards and the Moline, Ill., driver would not be rewarded with his check for $500 or his trophy until the following day by promoter Homer Melton.

A name all too familiar to race fans would win the second annual Tri-State Championships on October 2, 1964. Lu Vern “Red” Droste came from behind the field at the halfway mark of the 100-lap grind to take the win. Mert Williams of Rochester, Minn., who led the early part of the race, settled for second place while Darrel Dake of Cedar Rapids placed third.

On October 9, 1965, Darrel Dake made shambles of the third annual Tri-State Championships, not only winning the 75-lap event but dominating it, lapping the entire field in the process. Finishing a very distant second was Benny Hofer of Rock Island, Ill., with fast qualifier, Mert Williams, taking third. Dake took home $500 for his efforts. 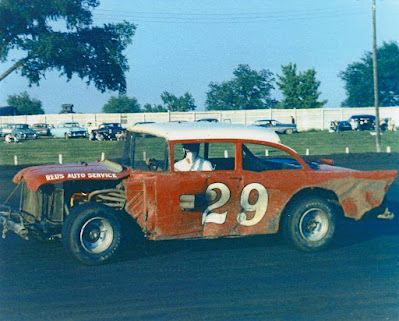 Red Droste would become the first two-time winner of the Tri-State Championships, when he won the fourth annual event on September 23, 1966. Recently crowned the season champion at the quarter-mile dirt track, Droste would beat Verlin Eaker of Cedar Rapids and Jim Gerber of Davenport to score the victory.

Red Droste would successfully defend his Tri-State Championship title, winning for the third time on September 22, 1967. Droste would outduel former IMCA national champion Johnny Beauchamp of Atlantic for the $600 top prize. An impressive 49 entries entertained the crowd of 3,500.

When big money was on the line, Red Droste was sure to be there, and when the sixth annual Tri-State Championships took place on September 21, 1968, it was the “Ol Redhead” taking the first-place money, $600, back to Waterloo with him. Before a crowd of 3,000, Droste made no doubt who was the winner in the 50-lap main event, lapping the entire field. Don Bohlander of Glasford, Ill., finished a distant second followed by Len Blankenship of Keokuk.

Droste would be back again when the seventh annual Tri-State Championship took place on September 19, 1969. And it was Droste once again, winning his fourth straight and fifth overall Tri-State title. While not as dominant as last year, Droste still looked impressive, fending off both Don Bohlander and previous winner Darrel Dake in the 75-lapper. Ed Sanger and Roger Dolan rounded out the top five finishers. 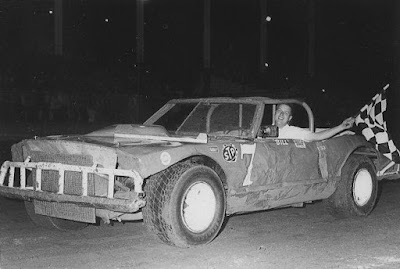 Droste’s streak would come to an end when the Tri-State Championships took place on October 2, 1970. In fact, Droste, nearing the end of his stellar career, didn’t even enter the event, leaving it wide open for a new winner. With an impressive field of veteran drivers gathered together for the eighth annual event, it was a rookie who came out on top when the dust settled. Bill Beckman of Lisbon would take the lead on lap 30 of the 75-lapper and roar to victory, collecting $700 for his efforts. Ron Weedon of Pleasant Valley and Ed Sanger of Waterloo chased Beckman home.

A familiar face to the Mississippi Valley Fairgrounds was the victor in the ninth annual Tri-State Championships on September 10, 1971. Ron Weedon, having a dominating season there already, would lap the entire 24-car field in winning the $600 top prize. Weedon, who also set fast time in qualifying, led every one of the 75 laps.

The winner of the tenth annual event, Verlin Eaker of Cedar Rapids, demonstrated to the field and the 2,500 in attendance, why he was highly considered on the national racing scene. Eaker, a regular competitor on the United States Auto Club stock car circuit, roared to the lead at the start and led all 35 laps to take the victory on September 14, 1972. Weaving his Chevy Nova through traffic with relative ease, Eaker won by 40 yards over runner-up Fred Horn of Marion. John Connolly, Bill McDonough of Cedar Rapids and Roger Dolan of Lisbon rounded out the top five. 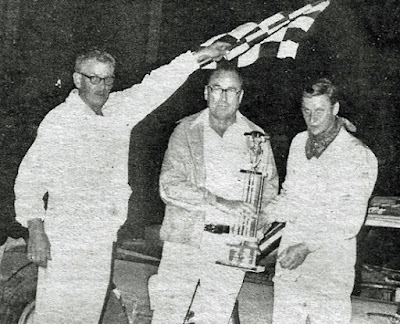 Eaker would successfully defend his title the next year, September 14, 1973. Eaker would have to work for this victory this time, coming from behind to nip Waterloo’s Bill Zwanziger in the last few laps to take the $800 top prize. Roger Dolan would finish second with Ed Sanger coming home in third. Five-time Tri-State winner, Red Droste, now near retirement, made an appearance and finished an impressive fourth. A field of 51 late models, from five states entered the event.

Already having won the mid-season and season championships as well as the point title at the Mississippi Valley Fairgrounds, Ron Weedon just added to his laurels for the 1974 season, by winning his second Tri-State Championships on September 13. The popular driver from Pleasant Valley would grab the win in the 35-lapper over Ray Guss off Milan, Ill., and Curt Hansen of Dike. 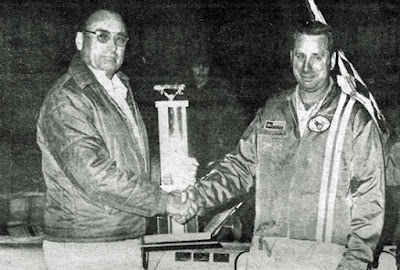 A new face would grace victory lane for the thirteenth annual Tri-State Championships on September 19, 1975. Don Hoffman of Des Moines, battling Roger Dolan the entire race, would win the 35-lap feature and $750 prize that went with it. A crowd of 3,000 looked on as Dolan, the polesitter, and Hoffman battled side-by-side for much of the race with Curt Hansen and Ed Sanger also getting their noses in there for good measure.

The money and the trophy would go back to Des Moines the following year as well as Joe Merryfield won the 35-lap Tri-State Championship on September 24, 1976. Merryfield took the lead on lap 29 from Jim Strube of Peoria, Ill., and never looked back in collecting the $800 first-place money. Following Merryfield and Strube to the finish line was Ron Weedon, Duane Steffe of East Moline, Ill., and Bob Helm of Andalusia.

Tom Hearst, already having a successful 1977 season at both Davenport and West Liberty as the top point guy, added to his resume by winning the fifteenth annual Tri-State Championship on September 9. Hearst was in command the entire 35 laps and was never in any serious danger. Former winner Don Hoffman finished second with Steve Keppler of Burlington taking third. Two-time winner Ron Weedon was fourth and John Connolly grabbed fifth.

A newcomer to the Mississippi Valley Fairgrounds walked away with the big prize as Darrell Sells of Waverly won the sixteenth annual (and final) Tri-State Championships on September 30, 1978. Sells outmuscled Tom Hearst midway through the 40-lap main event to take the lead away and never relinquish it, taking home the $700 payday. Later in the race, Hearst was black-flagged on lap 25 for his roof was falling off. He came in for repairs, got back on the track, only to have his roof fall completely off on lap 31. He would finish ninth.