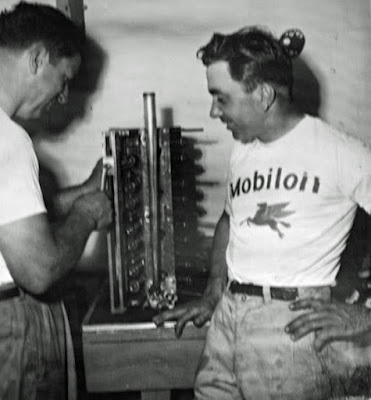 Omaha, Neb. - Jack Beckley was born in Council Bluffs, Iowa on August 16, 1918, the middle of seven children. Beckley was a successful high school athlete, but he became hooked on racing when he was 16 years old in 1934 when he and his brother Kenny started helping on the race car of Omaha driver Carl Forberg. Forberg went on to become a great midget driver and finished seventh in the 1951 Indianapolis 500.

During World War II Beckley worked on the flight line of Lockheed Aircraft Company in Burbank, California and it was there that he met and married his wife, Harriett.

After the war be became involved with Southern California midget drivers Danny Oakes, Johnny McDowell, and Eddie Haddad. In 1949, Beckley received his big break when he was asked to prepare an Indy car for Jack McGrath to drive in the Indianapolis 500. The car ran great in time trials as McGrath posted the third fast time on Pole Day good enough to earn and outside front row starting position for the 500. Despite McGrath falling out of the race early, Beckley was hooked and never returned to midget racing.

Beckley stayed with McGrath moving with him to the Jack Hinkle racing team in 1950 and was with him when he finished third in the 1951 Indy 500. In 1954, Beckley was asked to help the great Bill Vukovich in his quest for a second straight Indy 500 win. Vukovich won the race with Beckley on board and then Jack moved to the Lindsey Hopkins team. It turned out to be a 17-year relationship. 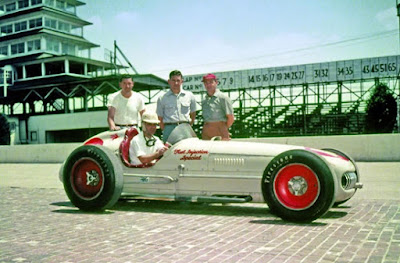 While at Hopkins racing, the Council Bluffs native was the Chief Mechanic for several great drivers including Jim Rathmann, Roger McCluskey, Tony Bettenhausen, Bobby Marshmann, George Amick, and for a few races in 1962, the legendary A, J. Foyt.

In 1973, Beckley moved to Patrick Racing and worked with Chief Mechanic George Bignotti to prepare the car that Gordon Johncock drove to victory in the 1973 Indy 500.

In 1976, Beckley turned to and officiating position in racing and assisted Technical Chairman Frank DelRoy for two years before DelRoy and several other United States Auto Club officials perished in an airplane crash. Beckley assumed DelRoy’s position and stayed in that capacity until retiring in July 1991. After retiring, he often returned to help out as a consultant every May with the Indianapolis 500.

Although Beckley was never officially the Chief Mechanic on an Indianapolis 500 winning car, he was Chief Mechanic on cars that won 12 National Championship events between 1950 and 1968. Cars Beckley prepared qualified on the front row at Indy seven times and led segments of a number of Indy 500s.

Jack and his wife Harriett moved to Glendale, Arizona were Jack passed away in January 2006 at the age of 87. For all who followed the Indianapolis 500 during the 50’s and 60’s, the name Jack Beckley was synonymous with the Indy 500.