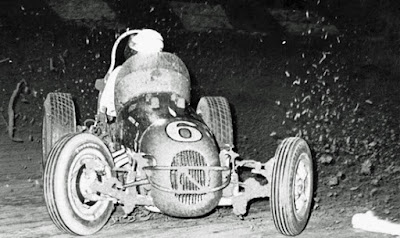 Foyt, the two-time Indianapolis 500 winner and four-time USAC national champion, was running second behind Unser when his car spun out in the north turn.

Bobby Hogle of Buena Park, Calif., and Jud Larson of Speedway, Ind., were following close behind Foyt at the time and were knocked out of contention when the latter went into a spin.

Foyt, who had earlier won the trophy dash and first heat, declared afterwards that this was to be his final sprint car appearance.