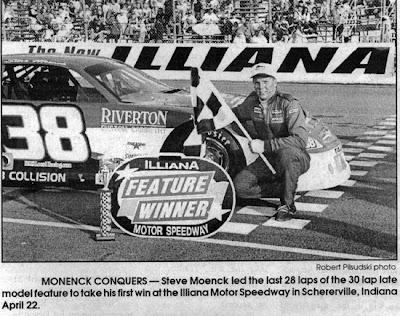 2001 – After coming close many times during his first two years of late model racing, Steve Moenck finally broke through for his first feature win at Illiana Speedway in Schuererville, Ind., on April 22. Moenck, a resident of Mokena, Ill., took the lead on lap two of the 30-lapper and held off late charge from long-time veteran Eddie Hoffman of Wheaton, Ill. Danny Darnell of Beach Park, Ill., Mike White of Monee, Ill., and Bob Wroblewski of South Bend, Ind., rounded out the top five. 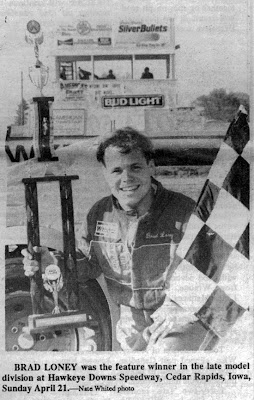 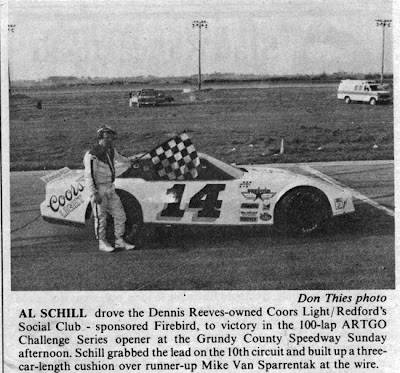 1985 – Under perfect weather conditions, the ARTGO Challenge Series opened its 1985 season at Grundy County Speedway on Sunday afternoon, April 21, with Al Schill of Franklin, Wis., capturing the Opening Day 100 late model stock car event. A field of 22 cars started the century contest with Minnesota’s Steve Murgic pushing his Firebird into the lead at the start. Murgic’s spot at the top would be short-lived as Schill would grab the lead on lap 10 and survive multiple cautions to take the victory. Mike Van Spaarrentak of Kalamazoo, Mich., would finish three car lengths behind Schill for runner-up honors while Dave Weltmeyer of Harvey, Ill., would take third. Mark Martin of Batesville, Ark., would battle fast qualifier Dick Trickle of Wisconsin Rapids, Wis., on the final lap and move by to finish fourth. 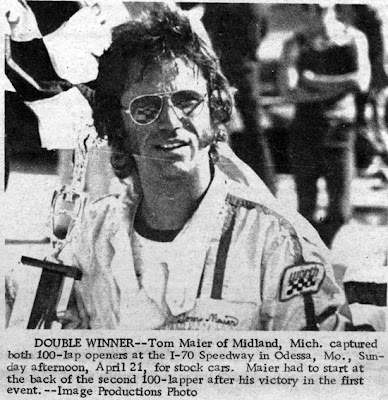 1974 – Tom Maier, Midland, Mich., blistered the half-mile high banked asphalt of I-70 Speedway to capture back-to-back victories in the Twin 100 features on Sunday, April 21. Maier was the fourth fastest qualifier in his bright green #61 Camaro and started on the outside of the second row for the first 100-lapper. He trailed top qualifier Jim Bickerstaff of Niles, Ohio, in the early laps but managed to slip by on lap 73 and hold the lead to the finish. Dick Trickle of Wisconsin Rapids, Wis., would finish second followed by Terry Bivins of Shawnee, Kan. The entire field was started in reverse order for the second feature with Maier starting dead last. This forced Maier to wind his way through the pack and made for some exciting action. Maier would eventually get to the front and win comfortably ahead of Larry Phillips of Springfield, Mo., and Trickle.