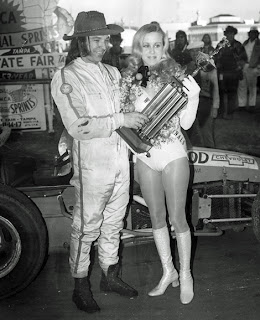 Tampa, Fla. (February 11, 1973) – Jan Opperman scored another flag to flag victory in the Winternational Sprints at the Florida State Fair on Sunday.


Opperman, who won the opening feature on Thursday, then flipped and damaged his car on Saturday, came back to lead green to checkers during the Sunday afternoon matinee. He was helped by a slick track with a narrow groove that made it all by eliminated any passing.

Finishing runner-up in the 30-lap main was Wib Spaulding of Granite City, Ill., who started on the inside of the front row and remained in the second spot the entire race. Thad Dosher of Topeka, Kan., was the biggest mover of the afternoon, starting in the sixth position and finishing third.