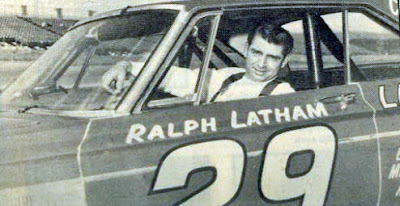 
Daytona Beach, Fla. (February 19, 1967) - The newest winner at Daytona International Speedway, Ralph Latham of Cincinnati, Ohio, hopes to get a chance at the richest stock car race ever held - the $200,000 Daytona 500 next Sunday.

Latham collected $5,100 for winning the Automobile Racing Club of America (ARCA) championship Sunday and said he never put his accelerator to the floor, except on the last lap when he whipped his 1965 Plymouth past Iggy Katona’s 1965 Dodge and finished a car length in front.

If he starts in the Daytona 500, Latham will race for the $37,000 prize that goes to the winner. “I’ve got to make quite a few changes to get the car eligible for the 500,” Latham said. ‘If the car passes inspection, I’d like to run as an independent.”

Most top entries in the National Association for Stock Car Auto Racing classic are factory backed with the newest and finest machinery. Latham will have to battle the 72 NASCAR drivers for one of 50 starting spots in the 500 through qualifying trials this week. 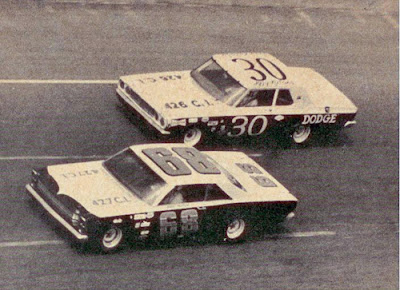 
The 34-year-old Latham, a truck dispatcher, has been a regular on the ARCA circuit through the Midwest for several years and has been champion of at least one track each of the past 10 years. This was his second try on the high-banked 2.5-mile Daytona tri-oval. In last years’ ARCA 250, which Jack Bowsher won with a record speed of 164.05 miles an hour, Latham was running third when he spun with six laps to go.

“This year I didn’t have a bit of trouble,” Latham said. “We made the two pit stops we planned for fuel and never changed tires.”

Not everyone escaped trouble as three caution flags for mishaps held the winning speed to 134.008 miles per hour.

Johnny Roberts, 37, of Breckenridge, Mich., went tumbling end over end in his 1965 Ford as he came off the fourth turn. He suffered a concussion, multiple bruises and internal injuries and was taken to a hospital in serious condition. Roberts later came off the serious list but remained in the hospital. Jack Shanklin of Indianapolis also wrecked on the fourth turn. He was only bruised.

The third caution flag came out with 10 laps left and Dorus Wisecarver of Zanesville, Ohio, nearly half a mile out front in a 1966 Ford. A stalled car on the backstretch brought out the yellow flag, and the field was re-bunched behind the pace car for the last seven laps, allowing Latham and Katona to close the gap behind Wisecarver. Katona took over the lead on the restart, but lost it on the final backstretch to Latham.

Latham would fend off the ARCA veteran for the remaining six laps and take a well-deserved victory. Second place was worth $3,450 to Katona and Wisecarver received $2,200 for third. Andy Hampton of Louisville, Ky., was fourth in a 1966 Ford and won $1,125, while Bill Kimmel of Clarksburg, Ind., was fifth in a 1967 Ford and earned $800.

The fastest qualifier, Les Snow of Bloomington, Ill., blew the engine in his 1967 Dodge Charger on the second lap and didn’t drive five miles.