by Kyle Ealy
Cedar Rapids, Iowa - I don't have many back issues of Illustrated Speedway News but I'll run across a copy once in a while. As I was sifting through my endless stacks of archives (which are really starting to pile up), I ran across this issue dated, August 8, 1972.
While ISN covered mostly Indiana, Ohio, Pennsylvania and eastern parts of the United States, they would venture west and cover some of the racing action in Illinois and Wisconsin. The paper had a column titled "Speedway Hot Line" written by a young up and coming hotshot who would go on to promote a successful (and highly popular) racing series. His name was John McKarns... Here were some of the reports and results from the "Land of Lincoln" and the "Badger State" in that issue; 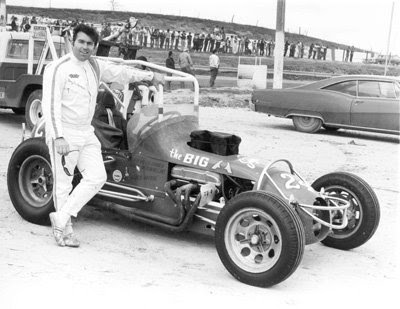 Weaving his way through traffic, Kansas City's Ray Lee Goodwin scored a come from behind win in the 25-lap IMCA sprint car feature at the Knox County Fair in Knoxville, Ill., on July 30th. The hard-charging Goodwin throttled his Chevy-powered sprinter into the lead with four laps to go and coasted to victory. Two new Knox County Fairground track records were broken on the semi-banked 1/2-mile that night. Earl Wagner of Pleasantville, Iowa, a newcomer to IMCA racing, cracked the eight lap mark (3:27.11) and Ottumwa, Iowa's Johnny Babb set a new standard for five laps (2:08.27).

Peoria's Steve Lance won a nail-biter during Freeport Raceway's mid-season championships on July 30th. Lance got past Lisbon, Iowa's Roger Dolan late in the 50-lap race and then had to hold off a determined John Connolly of Delhi, Iowa, on the last lap to seal the deal.

At Raceway Park in Blue Island, Ill., Ray Young won his 12th late model feature of the year on Wednesday night, August 2nd. Young started eighth in the short field of 13 cars, took the lead from a spinning Lonnie Prince on lap six and drove his 1970 Mustang to a half-lap victory over Bill McEnery. 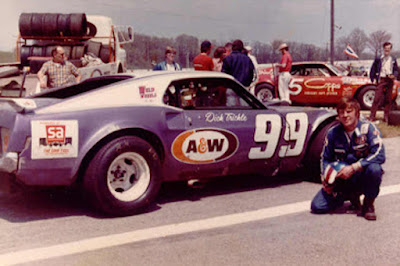 Wisconsin Rapids' Dick Trickle would score his 49th feature win of the season at Capitol Super Speedway in Madison, Wis., on August 4, 1972. When the season was over, Trickle would accumulate an amazing 67 feature victories.

Dick Trickle of Wisconsin Rapids, Wis., added another feature win with ease, his 49th of the year at Capitol Super Speedway in Madison, Wis., on August 4th. The winningest driver in the state, Trickle set fast time on the 1/2-mile oval (19.31) and then starting at the back of the field for the feature, moved quickly through the pack in his #99 A & W-sponsored Mustang, grabbing the lead on lap nine and beating Jim Sauter to the checkers.

In his weekly column, John McKarns mentioned, "Forty-four wins by the end of July? That's Dick Trickle's 1972 record and he didn't even get started racing until late April as he was still building his 1970 Mustang while other drivers were in Florida for Speed Weeks".