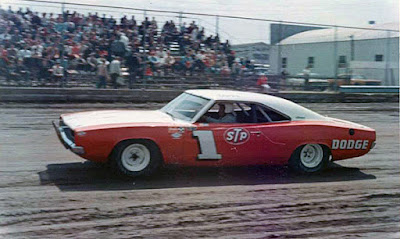 
The 48-year-old Keokuk, Iowa, veteran took the checkered flag three laps ahead of Mel Morris of West Liberty, Iowa, driving a 1970 Dodge. Derr completed the 200 laps in one hour and 31 seconds.


Morris led for 83 of the first 100 laps and had built up a one and a half lap lead over Derr when he ran out of gas.