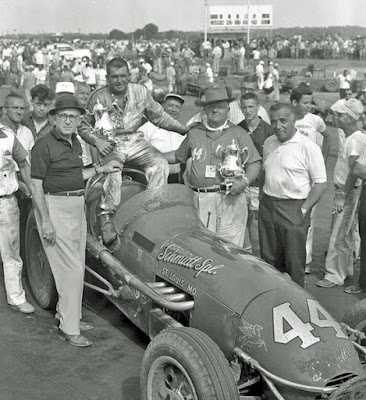 He had not raced on dirt since 1957 although he won his early fame there.

The 33-year-old Phoenix, Ariz., native who began racing in 1948 was attempting to pass Don Branson, of Champaign, III., for the lead on the first lap when his car suddenly skidded sideways and rolled over several times. There was no fire.

Bryan was pulled quickly from his car and rushed to the Lower Bucks County Hospital where he was dead on arrival. Attendants said he died of chest and internal injuries.

The 17-car race restarted after the fatal accident. It was won by Jim Hurtubise of Lennox, Calif., who set a national record of 100.786 miles per hour over the one-mile dirt track. His winning time was 59 minutes and 31.92 seconds.

Eddie Sachs, of Center Valley, Penn., who viewed the tragedy from his position eight cars behind, blamed the accident on Bryan’s “overconfidence in himself and his eagerness to return to the profession that he was so wonderful in.”

“They had just dropped the green flag and the cars went into the turn. Bryan took the outside and the dust and dirt got heavy. And after 2-1/2 years of inactivity, he didn’t like what was happening.”

“He tried to drive from the outside to the inside too quickly and that is what put the car out of control. He made such a sharp turn that the car flipped to the inside of the track.

“I was heartsick. He was loved and revered by every man in the racing business.” 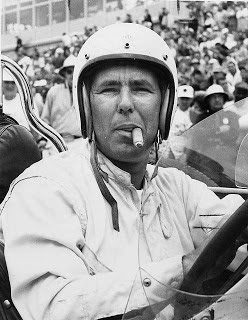