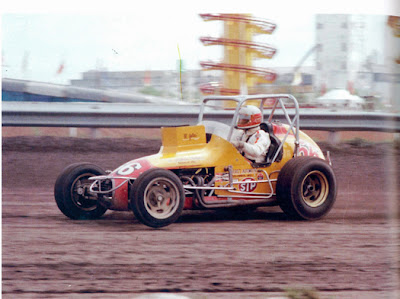 Holts Summit, Mo. (May 3, 1975) - Stunned by the death of Columbia driver Tom Coleman in the season’s first race, the first fatality in track history put a damper on any joy shown by the winners Saturday night at the Capital Speedway in Holts Summit.

Coleman, 36, was fatally injured when his super-sprinter ran over one driven by Jim Robinson of Moberly on the last lap of the first sprint race.

Coleman’s car, new this year, took a wild series of end-over-end flips before coming to rest on its wheels in the middle of the back stretch. He died of head injuries en route to a Jefferson City hospital. Robinson was checked over and released after being taken to the hospital in a private car following the crash.

It was the first fatality at the Speedway since it opened in 1967.

Bill Utz, the defending super-sprint champ from Sedalia, scored a win in the 25-lap feature event, starting in the middle of the pack after a fourth place finish in his heat event.

The 20-car sprint car feature field was inverted, with the three heat race winners on the tail end of the field.