by Lee Ackerman
Omaha, Neb. - The United States Auto Club (USAC) had a short stint as a sanctioning body of dirt late models. By the end of the 1984 racing season the long tradition of the USAC Stock Car Series, the series of factory sponsorship and big name drivers such as Don White, A. J. Foyt, Norm Nelson, Butch Hartman and others had came to an end. This led USAC to try sanctioning dirt late models for a time.

So from 1985 thru 1988, the sanctioning body, known more for open wheel racing, had a dirt late model series. Perhaps the most published of these races was the August 7, 1986 event shown on ESPN from the non-defunct Santa Fe Speedway in Hinsdale, Illinois. But in 1987, the series scheduled five races around the July 4th holidays called the Iowa Firecracker Jamboree. When the dust had settled only the first three races were ran under USAC sanctioning, but one thing was clear Billy Moyer Jr. had made a triumphant return to his Iowa roots.

The Jamboree kicked off at the legendary Hawkeye Downs in Cedar Rapids and Moyer wasted no time in qualifying for the pole against a 37-car field. He set a new track record in qualifying of 20.812 seconds. In the first heat, it was Moyer winning handily with Larry Moore and Lance Matthees in tow. Heat two saw Galena, Missouri’s Ken Essary win over Jerry Inmon of Bruce, Mississippi. Heat three went to Waterloo, Iowa’s Dick Schiltz over Minnesota’s Willy Kraft, with the fourth heat featuring a couple of Rick’s. At the wire it was Fargo, North Dakota’s Rick Aukland besting St. Paul, Minnesota’s Rick Egersdorf. 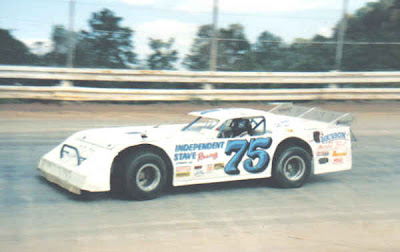 The B feature certainly wasn’t without talent as Missouri racing legend Larry Phillips of Springfield won over Johnny Johnson of Wapello and 1985 USAC Late Model Champion Charlie Sentman of Waveland, Indiana. In the feature it took Moyer until just the fourth lap to storm from his sixth starting position and cruise to a victory in the 40-lap feature. Rounding out the top five were Essary, Egersdorf, Gary Webb of Davenport and Mitch Johnson of Fargo, North Dakota.

The following night at 34 Raceway in Burlington would turn out to be the only glitch in the Moyer Iowa tour. First off, it was Rick Egersdorf setting fast time with a lap at 16.311 seconds. Heat race winners did not include Moyer as the four heats went to Dick Taylor of Springfield, Illinois (winner of USAC season opener at Springfield), Gary Wright of Hooks, Texas (yes sprint car fans, Gary drove late models), and a pair of Johnson’s in Mitch and Johnny.

The B feature once again featured some heavy hitters as Larry Moore of Dayton, Ohio emerged victorious over Jerry Inmon, Jay Johnson of Wapello, David Karst of Casper, Wyoming and Dick Potts of Morocco, Indiana. For the only time during Jamboree week, the feature did not go to Moyer. Ken Essary held on to win the main event over Moyer, Phillips, Inmon and Egersdorf. 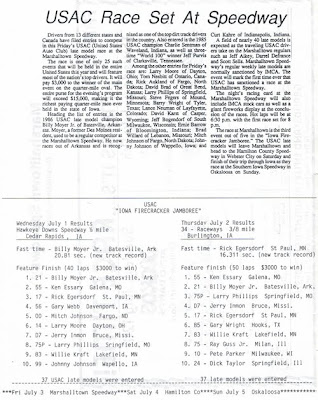 Day three found several of the teams using Karl’s Chevrolet in Ankeny as a place to catch up on maintenance before they headed off to the ¼-mile high bank oval in Marshalltown. This was really a homecoming for Billy Moyer as he used to race Marshalltown on a regular basis. Thirty-four late models took time, with Ken Essary setting fast time at 15.29 followed by Gary Webb, Jerry Inmon and Larry Phillips. Moyer would be 8th quickest. Heat one would see Larry Phillips win over Illinois’ Gibby Steinhaus. Bob Hill of Story City, Iowa guided his JD1 to the win in heat two over Rick Aukland. Milan, Illinois’ Ray Guss Jr nailed down heat three besting Willy Kraft and Moyer returned to the winners circle in heat four with a win over Jerry Inmon.

Sixteen of the scheduled 18 starters took the green in the B feature, and pole sitter Gary Webb won the event over third starting Johnny Johnson with Indiana’s Kurt Nahre coming from the middle of the pack for third. The 50-lap feature would see Pete Parker start on the pole with Moyer starting eighth. It didn’t take long and Moyer had his Larry Shaw race car at the point and once again dominated the event at a track he had raced at regularly seven seasons before. The battle for second was much more exciting as Jerry Inmon and Ken Essary swapped the position several times with Inmon winning out and Essary settling for third. Larry Phillips and Willy Kraft rounded out the top five.

When the Jamboree moved to the Hamilton County Speedway in Webster City on the 4th of July, one thing had changed. The races would no longer carry USAC sanctioning. Nevertheless 30 late models from at least 10 states showed up to do battle. Billy Moyer Jr. started up right where he left off the previous night as he sailed to a win in the first heat race. Will Kraft would run second. Heat two saw Ken Essary take the win over Rick Aukland. In heat three it was Greg Moyer over Pete Parker with Jerry Inmon winning the last heat over Gary Webb.

Lance Matthees would defeat David Karst and Dick Schiltz in the B. It was time for the 50-lap feature. End of suspense, Billy Moyer Jr. wired it, leading all 50 laps. Trailing the red and yellow #21 were Ken Essary, Larry Phillips, Willy Kraft and Larry Moore. 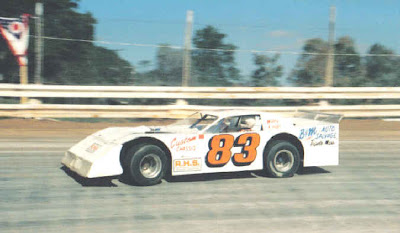 The car count dwindled a bit for the final night of the Firecracker Jamboree as the series moved to the Southern Iowa Speedway in Oskaloosa on Sunday night. Things looked promising for the rest of the competition as Moyer did not win his heat. Heat races went to Tommy Joe Pauschert of Carlisle, Arkansas, Johnny Johnson and Willy Kraft. Then it was feature time. Once again, it was Moyer taking the win in the 50-lap feature as he picked up his fourth win in five Jamboree events. Willy Kraft posted his best run of Jamboree with a second place finish, followed Inmon, Phillips and Jay Johnson.

The first edition of the Iowa Firecracker Jamboree was history and there was no doubt in anybodies mind who the dominate driver was. Except for some sanctioning glitches it was a good five days of racing and brought some of the best dirt late models in the country to the Hawkeye State for a showcase event.