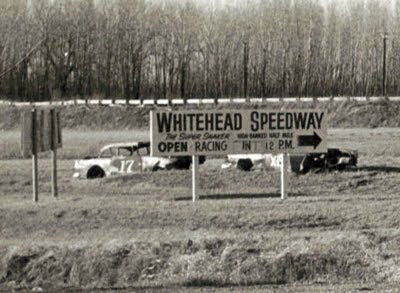 Nebraska City, Neb. - Since last Thursday was Arbor Day, which as you probably know originated in Nebraska City, I thought it would nice to recall the race track that was built in 1968 just across the river from Nebraska City. Since I never had a chance to attend a race there I enlisted one of the tracks most ardent fans to help me with the story, Tony Anville.

In 1968 a young man by the name of Richard Whitehead decided to build a race track. He chose a location just east of Nebraska City because he wanted to be close to a good sized town. He also knew that the interstate would be coming through just east of the location.

In the summer of 1968 racing got underway at Whitehead Speedway with Sunday afternoon racing. Sunday afternoon worked well because, first the track had no lights and secondly it allowed drivers to race and then make it back to Eagle Raceway or Sunset Speedway to race on Sunday evenings.

Whitehead wanted a fast track so he built a high-banked half mile track and brought in gumbo from a couples miles east of the track to ensure a good racing surface. He also was able to get bleachers from a closed race track in Lincoln. “The grandstands were painted bright yellow and orange. The track was a high banked half-mile.” remembers Anville. “Driving up to the place on old highway 2, to a kid in love with racing, it looked like the Land of Oz.” 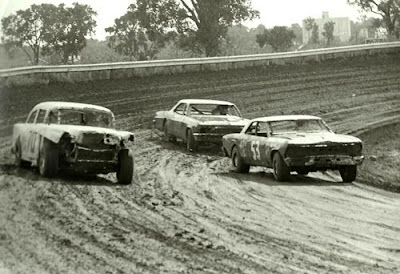 On August 4, 1968 the track had its first race with a crowd of nearly 2,000 fans and a total purse of $1,500. Louie Quattrocchi of Lincoln won the A feature and with it $210. Dave Chase of Council Bluffs won the Bronco Race.

In 1969 Whitehead bought a generator and installed lighting which ran off the generator and moved the shows to Saturday nights. He would run the facility through 1972. “When the first gas crisis hit, I knew it was time to get out,” remembers Whitehead. While the track would open and close through 1976, the years under Richard Whitehead was its heyday with crowds as large as almost 4,000 fans.

During those years some of the best Midwest drivers in the country made their way to the track. The first couple of years the Super Modifieds would race at Whitehead Speedway occasionally and three of those drivers, Joe Saldana, Jan Opperman and Roger Rager would go on to race at Indianapolis. Other drivers who raced at Whitehead that went on to greatness in sprint cars were Jay Woodside, Earl Wagner, Lloyd Beckman, Lonnie Jensen and Kenny Gritz.

The June 20, 1969 Sprint car race at the track reads like a who’s who of Midwest sprint car racing. Over 2,500 turned out to watch Roger Rager, Lonnie Jensen and Little Joe Saldana win heat races. Jay Woodside won the trophy dash and Jan Opperman the speed dash. The feature would go to Woodside followed by Rager, Opperman and Gritz.

The feature class throughout most of the tracks existence however, was late models. The high banked half mile was home to countless duels between two local racing legends in Bob Kosiski and Jim Wyman. Bill Martin, Dave Chase, Glen Robey and Keith Leithoff were also regulars. Occasionally other area legends such as Bud Burdick would show up in Wayne Mason’s 2x.

It was the track where a young Joe Kosiski would register the first of over 400 career wins. In the early days of the track, it was an even younger Joe Kosiski who carried line-ups from the scoring desk down to the flag stand. Turns 3 and 4 held water and both Richard Whitehead and Tony Anville remember cars sailing off the track and through the water throwing up a huge rooster tail of water. 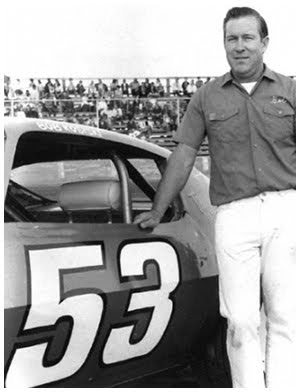 Bob Kosiski was one of the most successful drivers ever to compete at Whitehead Speedway. - Photo courtesy of Kyle Ealy


Bob Kosiski was the man to beat at Whitehead in the late models although Jim Wyman gave him a real battle at times. They waged some real Chevy versus Ford battles with Bob in his #53 Chevelle and Jim in his #14 Mustang Mach 1.

“I remember a local driver who has some success in the late model class was Max Peeler,” recalls Anville. “Max drove a red Chevy convertible one year. A guy named Ernie Adams from Council Bluffs ran a 62 Ford in the Bronco class one year and most have won just about every main event.”

It was said that Bob Kosiski turned a lap of 18 seconds there back in the early 70’s in the old steel bodied late models. “I liked the track it was fast,” recalls Bob Kosiski.

It makes one wonder how fast the lighter, sleek late models of today could turn a lap in. “Whitehead was where I won my first feature,” recalls Joe Kosiski. “It was a very fast race track.”

Early on the announcer was Jerry Hall and later it was Bob Lundberg who was one of the IMCA announcers for about 10 years. Smokey Jordan was a pit steward and later flagman. Elmer Saathoff (Johnny the Jet Saathoff’s dad) was also a pit steward.

In 1973 a group of individuals ran the track as attendance declined it was eventually shut down. In 1976 the track was called I-29 Speedway and was run by Ted Wilson with Bill Clevinger as the announcer, Vernon Christianson as Pit Steward and Bill (Smokey) Jordan as the flagman.

That would be the last year of racing at the facility. “It sat vacant for about 3 years and then was torn down and has been a farm field every since,” remembers Anville. Thus ended the short life of one of the fastest tracks in the region. A track that provided plenty of thrills to local race fans during its brief history.