1993 - Ron Shuman (Silver Crown), Tony Elliott (Sprint), Jack Hewitt (Midget) and Freddie Smith (Late Model) won their respective features to highlight the 13th annual USAC 4-Crown Nationals at Eldora Speedway in Rossburg, Ohio, on October 3. Shuman piloted the M & L Plumbing Company machine into the lead on the first lap and held off Chuck Gurney in the 50-lap main event. Elliott won the 30-lap sprint main after Jack Hewitt, fresh off his midget victory, was injured in a crash while leading the event. Elliott inherited the lead and went on to claim the $10,000 first prize. Hewitt had opened the day by winning the midget main with a turn two pass of Page Jones on the final circuit. Smith, of Baton Rouge, La., won the 40-lap late model main after taking the lead from Kris Patterson on the eighth circuit. 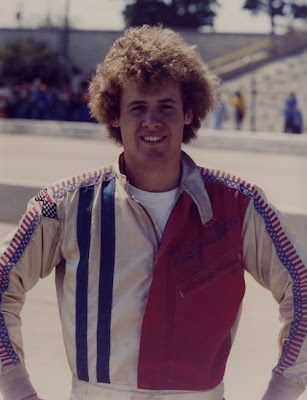 Rusty Wallace of St. Louis, Mo., scored the biggest win of his young career in the ASA-sanctioned Winchester 400 on October 3, 1982.

1982 - The number 13 was lucky for Rusty Wallace as he came from the 13th starting berth to win the crash-punctured 13th annual Winchester 400 ASA Circuit of Champions event at Winchester (Ind.) Speedway on Sunday, October 3. The $8,900 win marked the biggest payday in the Missouri driver's ASA career and was his first win on the circuit since a rain-shortened 4-lap affair in Fort Wayne, Ind., in 1978. Mike Eddy dominated the affair, leading 273 of the 400 laps but got caught in a crash with two lap cars eliminating any chance of visiting the winner's circle. Eddy crashed on lap 326 allowing the second-place Wallace to inherit the lead and eventually score the victory.
1976 - Don Hoffman of Des Moines, Iowa won the National Dirt Track Championships at the Mississippi Valley Fairgrounds in Davenport, Iowa, on Friday night, October 2. Hoffman held off a determined Joe Merryfield, also of Des Moines, to bring home the six-foot tall trophy and a check for $1,000. Merryfield, who had been running second most of the race behind Hoffman, spun on the final lap trying to pass Hoffman and was unable to recover in time to take the checkers. Ron Weedon of Pleasant Valley, Iowa, Roger Dolan of Lisbon, Iowa and Tom Stueding of Altoona, Wis., rounded out the top five finishers. 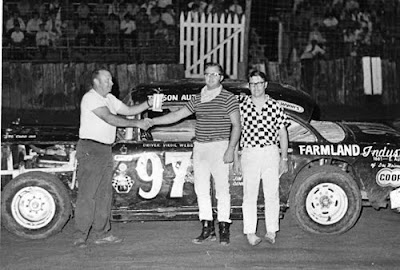 1971 - Virgil Webb of Des Moines, Iowa capped off a solid season of racing by winning two season championship events at Stuart and Newton and clinching point titles at both tracks as well. He easily won the super stock feature and point's championship at Stuart on Saturday, October 2nd but had a tremendous duel with Des Moines' Archie Ergenbright at Newton on October 3rd before prevailing in that main event, thus clinching the title by just a few points.