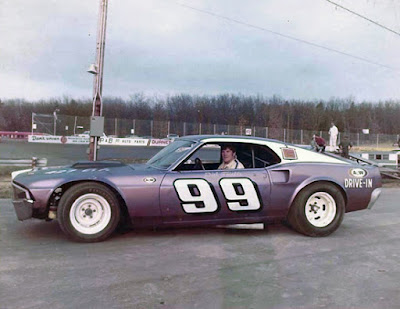 Out of 102 starts on the year, Trickle won an amazing 67 features, a new all-time record for one year. In 1971, he won “only” 57 features and set six new track records on asphalt tracks in the area.

Among his many accomplishments in 1972 were victories in a 100-lap feature, a 200-lap feature and a 500-lap win at the Minnesota State Fair. He also won the 300-lap national championship as well as the 300-lap MASCAR championship at I-70 Speedway in Odessa, Mo. Another track record fell as he blistered the 1/-2-mile high-bank in Rolla, Mo., with a time of 17:09 seconds.

Trickle entered 102 events in which he finished 93. Of these he won 67 features; finished second 15 times; scored third in four features. He set fast time 47 times; won 37 fast heats and nine trophy dashes. His total wins, including time trials, were 160.

He won 11 features on the third-mile asphalt at Golden Sands Speedway near Plover, Wis., including one special 50 lapper and the season championship race of 100 laps. He won 12 features at Dells Motor Speedway in Wisconsin Dells, Wis., also a third-mile asphalt track. Three of these wins were 100-lap invitationals and the other a 200-lap invitational.

He also won the 50-lap Red Race at Wisconsin International Speedway in Kaukauna, Wis., in June as well as the Blue Race in July. On the 5/8-mile LaCrosse Interstate Speedway he won four 30-lap features.

Trickle won the Rockford National Short Track Championship in 1966. In 1967 he won 38 features. In 1968 he was named USAC stock car rookie-of-the-year. In 1969 he was awarded the Wisconsin Achievement award for sports. In 1970 he was crowned champion of Central Wisconsin short tracks. In 1971 he won 57 features and set track records at six different tracks. As you just read, 1972 was his best year to date.

And Dick Trickle was just getting started…