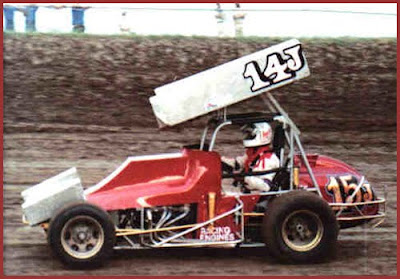 Lloyd Beckman is the all-time leader at Midwest Speedway with 39 feature wins in addition to winning three track titles.

Omaha, Neb. - Omaha, Neb. — Today the site is just another of the countless Wal-Mart shopping centers that dot the land. But for the race fans of the Lincoln area, from 1963 until it closed its gates in 1987, 4600 North 27th Street in Northeast Lincoln was the home of Midwest Speedway.

One of the greatest races ever witnessed at Midwest was held on Labor Day of 1963 when the NMRA staged a special 50-lap feature. The race pitted two of the greatest names in Nebraska racing history. Lloyd Beckman, who would go on to be the winningest driver in Midwest history, against Omaha native Bob Burdick, who had won the 1961 Atlanta Winston Cup event. The two waged a war and literally drove away from the rest of the field. In fact they lapped the rest of the field. Burdick held the lead coming to the white flag when, he was hit by a lapped car that swerved out and ran into him. Burdick hit the guardrail and crashed, and the race was stopped and Beckman awarded the win. Alabama Roy McCain ended up winning the 1963 NMRA Championship, edging out Beckman.

Over the years the Coupes and Sedans evolved through the Hoodoos, Sportsmen and Super Modifieds to full fledged Sprint Cars. In 1969 Pete Leikam took over the reigns and would remain at the helm of Midwest Speedway until the end with the exception of a period of time when he turned the reigns over to Don Droud after suffering a serious injury during track prep. That first year, Leikam had to replace the Super Modifieds of the NMRA with a weekly Stock Car show. Periodically during the next few years the Sprint Cars would share the spotlight with the Stock Cars, which involved into Late Models. 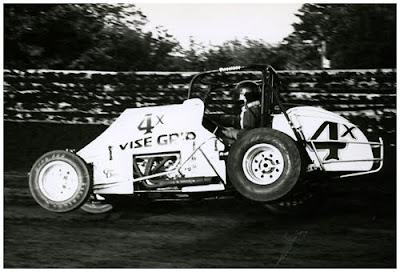 Pete Leikam had a number of 410 Sprint Car specials at Midwest, starting in 1975 and ending in 1980. One of my favorite memories of those races was in 1978. Doug Wolfgang was driving the famous 4X sprinter for Bill Smith and Speedway Motors based out of Lincoln. On May 14, 1978, Wolfgang won the feature at Midwest. Pete had booked a return engagement for the 410’s to be held on Wednesday, June 21. I can remember thinking to myself, Wolfgang is running the “Northwest Dirt Classic” at Skagit, Wash., the weekend before the event, he will have plenty of time to get back for the Wednesday night show. So with great anticipation, I headed to Midwest Speedway that night. No Wolfgang, I was informed that he had been through Lincoln on Monday and was racing in Orrville, Ohio, this night. That may have been my first big lesson in just how far Outlaws will go to race.


Shane Carson, Lonnie Jensen and Don Maxwell won heats that night. Carson the trophy dash, with Maxwell taking the feature over Don Weyrich in his $1.98 and Randy Smith. 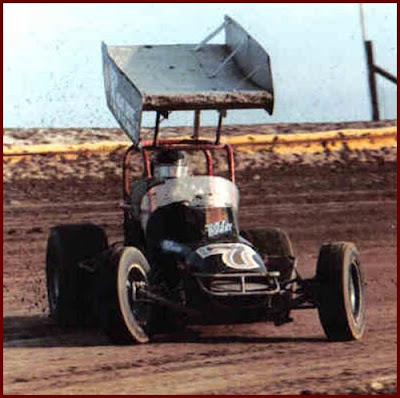 Lonnie Jenson was a long-time competitor at Midwest Speedway who claimed the track championship in 1981. - Joe Orth Photo

Another of those great 410 shows at Midwest occurred on June 1, 1980. Steve Kinser came to Midwest. Kinser, Tim Green in the Jensen No. 55 and John Stevenson in his familiar No. 31 won heats, Kinser the dash and of course the feature. The “King” had to beat a stout field that night as second thru fifth were, Lee James, Doug Wolfgang in the No. 20, John Anderson and Tim Green.
The Late Models ran regularly at Midwest from 1969 thru 1980. Track champions during those years were, Norm Bruner (twice), Don Styskal (twice), Terry Richards (twice), Dick Jensen (twice), along with single titles for Kent Tucker, Don Droud Sr., Jerry Wancewicz and Bill Martin. Also in 1978, the “Cornhusker-Hawkeye Challenge” was made a two-day show, one day at Shelby County Speedway in Harlan, Iowa, and the other at Midwest Speedway. Curt Hansen (a three time winner of the event at Sunset Speedway) won the Midwest portion with Joe Merryfield second and Clayton Peterson Jr. third. Gary Crawford of Independence, Iowa, was the overall winner of the event.

In 1981 things changed again, as the 360 cubic inch Sprint Car division was created. Starting with a small field of cars, the class eventually grew and would once again put Lincoln on the map as a Sprint Car haven. I remember being in the pits one night in the first or second year of the 360s and an official telling me, if we can get to 24 cars we will have it made. Well, after the track closed and the 360s were at Eagle, the fields of cars would be as high as 50 some nights. 360 track champions at Midwest included, Lonnie Jensen, Lloyd Beckman, J.J. Riggins, Don Droud Sr., Ray Lipsey (twice) and John Gerloff.

Unfortunately, Lincoln had grown out to the track, and Leikam had to battle every year with the city council to keep the track open. Finally after the 1987 season he decided that it was an uphill battle and closed the track.

Over the years many great drivers had scored wins at Midwest Speedway. From the legendary Lloyd Beckman who would have by far the most wins, 39 along with his three track champions, to other local aces such as Lonnie Jensen, J.J. Riggins, John Gerloff and Kent Tucker (in Late Models). Two local drivers who raced and won at Midwest, Lincoln’s Joe Saldana and Jan Opperman (who called Beaver Crossing home for a couple of years) would go on to each race twice in the Indy 500. National Sprint Car legends Steve Kinser, Sammy Swindell, Dick Sutcliffe and Ray Lee Goodwin also won at Midwest.

Special Thanks to Ryan Tunks and his website “The Midwest Speedway Preservation Society.”