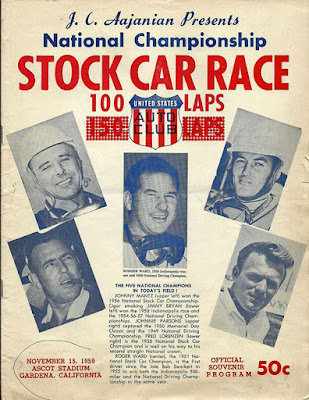 There were eight different leaders during the course of the race with Musgrave edging runner-up Roger Ward in a 1958 Ford by three seconds.

Ward claimed after the race that Musgrave had made up ground while a yellow accident flag was up, but his protest was disallowed.

Musgrave took the lead on the 38th lap and led for the remainder of the race despite challenges by Ward, Les Snow in a 1957 Pontiac and Hal Smith in a '59 Chevy.

The J.C. Agajanian-promotion grossed $8,500 with Musgrave taking home about $800.