Looking Back at the Georgia Legends

by Lee Ackerman
Omaha, Neb. - In an earlier edition on Midwest Racing Archives I wrote a story on “Remembering when Iowans were Kings of Dirt” in the 1970’s
(http://www.midwestracingarchives.com/2010/04/remembering-when-iowans-were-kings-of.html).

Now I thought I would tell you about another group of drivers who would dominate dirt late model races in the late 70’s and early 80’s. These were the legends from the . 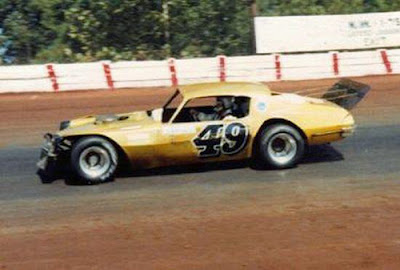 Lunsford may not be as well-known on a national level as other Georgia drivers, but I think any discussion of Georgia Dirt Late Model Drivers has to start with him. His 25-year driving career started in the mid-50’s at his home track in and when it ended Lunsford had racked up a mind boggling 1,139 wins. That’s an average of 45 wins a season!

In addition to his total domination on the dirt, Lunsford won three NASCAR championships racing at the paved Peach Bowl in . One year he won 19 of 21 features. Often criticized for not being a traveler and traveling more it was still not uncommon for him to race five nights a week in and . He regularly defeated all the great drivers from that era including most of those listed below.

In 1974 he built a 1966 Nova that proved his mechanical genius. In 1974 and 1975 the gold and black #49 Nova went to victory lane an unbelievable 127 times. Despite his lack of traveling, he was not afraid to run the big races in his region. In 1975 he won the inaugural Dixie Nationals at Dixie Speedway near and the inaugural race that would become National 100 at East Alabama Speedway.

He forever put an end to the critics when the National Dirt Racing Association visited in late 1978 and early 1979. On October 28, 1978, Lunsford came from deep in the field to defeat the NDRA stars at Dixie and when they returned to race at on April 20, 1979, he started shotgun on the field and beat them again. Lunsford was inducted into the National Dirt Late Model Hall of Fame in 2003. 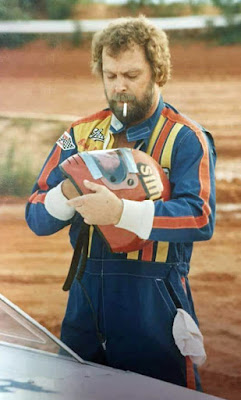 Unlike Lunsford, Simmons a native of did get around and he raced for over 40 years. His list of major wins would go down one arm and up the other. He started his career racing in North Georgia and winning countless races but became a household name in dirt late model racing with the advent of the National Dirt Racing Association in 1978.

Simmons would become synonymous with the series winning the 1981 NDRA championship, having the most wins in series history with 23 as well as winning the final big NDRA event, the NDRA Stroh’s Invitational in in 1985. He would even be around to run with the Hav-A-Tampa series winning twice in that series at Lancaster (SC) in '91 and Laurens (SC) in '94.

Along the way Buck would register over 1,000 feature wins as well as win other big races such as; the Turkey 100, Tiny Lund Memorial 200, Super Bowl of Dirt, Hillbilly 100, Southeastern Dirt Championship, Hall of Fame 100 and others. Simmons was inducted into the National Dirt Late Model Hall of Fame in the inaugural class of 2001. 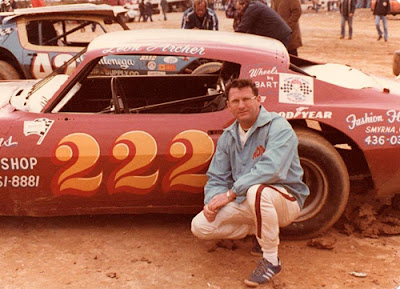 The native became well-known when he became the first NDRA National Champion in 1979. Archer was known for his consistency and being a hard but clean competitor. Quiet and to himself, the late Jimmy Mosteller referred to Archer “as a real gentleman.”

While his early career is not as documented as some other drivers, he nevertheless won many, many races around his home area and was considered the man to beat. He was especially tough at Senoia (GA) before it was paved. He took pride in his cars, and they were always in the best condition.  He also won many races and Rome Speedways. Archer was inducted into the National Dirt Late Model Hall of Fame in 2003. 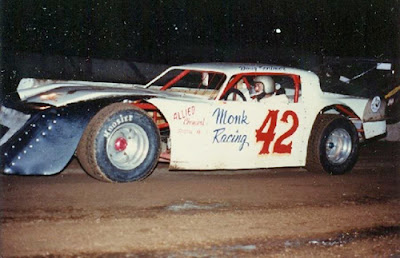 ’s Doug Kenimer did travel extensively in the late 70’s and most of his trips ended up with satisfying results. In 1975 he went all the way to and won Cavalcade of Champions race which paid a whopping $10,000 to win.  In 1976 he journeyed to for the World 100 and finished second to fellow Georgian Charlie Hughes. The next week it was off to and the United States Dirt Track Championship where he once again ran second to Hughes. He also won as far west as that year.

In 1977 he returned to Eldora and won the World 100. That year he also won the St. Clairsville 100 in and racked up 42 wins. In 1978 he ventured to and the Yankee Dirt Classic. He would finish second to Iowan Verlin Eaker in a rain shortened event. He would also take home the $10,000 first prize in Robert Smawley’s first big promotion the Valvoline World 100 at .

He would run part time with the NDRA and win the 1983 NDRA event at . Later he would compete with the NASCAR All Star Super Series off and on winning at Lanier (GA). Doug Kenimer was inducted into the NDLMHofF in 2005. 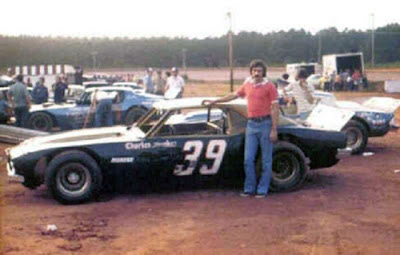 A season does not define a driver’s career, but a driver can have a season that fans will always remember and in the case of Charlie Hughes that season was 1976. Forty-two wins, 21 in a row, he won championships in , , and . He capped off his amazing season by winning the World 100 at Eldora, the next week he won the United State Dirt Track Championship in , and at seasons end the National 100 in .

In 1977 he added the Hall of Fame 150 at Atomic Speedway in and in 1978 the Southeastern Classic at Dixie in . His career would span from 1976 until his retirement in 1997. During that time Hughes registered more than 700 wins. He was inducted into the NDLMHofF in 2005. 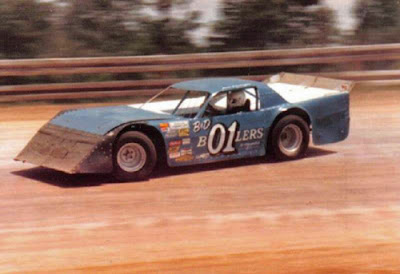 Pennington a native of raced for more than 30 years against all the greats of that time. He first started racing in 1974 and along the way he not only won big dirt late model races such as the Queen City 100 in 1980, the Turkey 100 in 1982 both in the Charlotte area, but later won with NDRA, then in 1998 he won the National 100. He would also win the Stick Elliott Memorial at Gaffney (SC).

He switched to the pavement along the way and ran very well in the NASCAR Late Model Series and in 1990 even gave the NASCAR Sprint Cup series a go racing 14 times in the series and finishing runner-up in the Rookie of the Year race. He would return to the dirt and in the early 2000’s you could find Jack running with the Carolina Clash Super Late Model series. Pennington was inducted into the NDLMHofF in 2006.

In addition to the six drivers highlighted above there were many other drivers of this era that were extremely good dirt late model racers. That list would include among others; Stan Massey of Mableton, Billy Clanton of Riverside, Mike Head of Ellenwood, Leon Sells of Mableton, Fulmer Lance of Washington, Snooks DeFoor of Chatsworth and Charlie Mincey of Acworth. Together these drivers and others from the wrote a big part of the history of Dirt Late Model Racing. The Georgia Legends will always have a special place in the history of Dirt Late Model Racing.