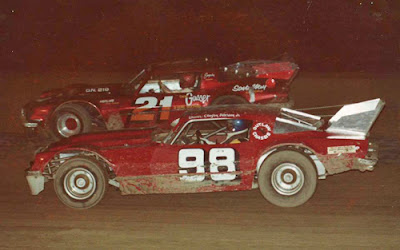 by Lee Ackerman
Omaha, Neb. - In 1980, Paul Garrison and Larry Ginardi teamed up to promote the “All Star 100” at George Butland’s Colorado National Speedway near Erie, Colorado. It came to be an annual event for the next four years at the half-mile clay oval.

On Wednesday, August 20, things started off with Coffeyville, Kansas’ Bud Purkey winning the trophy dash over Bill Martin of Council Bluffs, Iowa. ’ Ron Dauer won the B feature and the field was set for the 75 lap A feature.

From the drop of the green flag, the race appeared to belong to Littleton, Colorado’s Odie Robertson. Robertson dominated the field from the start and at times had a half-lap lead over the second place car. When the yellow waved on lap 20 for a stalled car, Marion Smiley of slid into the front stretch wall eliminating him from further competition.

On the restart, Robertson took off from the field again followed by Clayton Petersen Jr., Red Dralle of Waterloo, Iowa and Collier. On lap 50, Collier got by Dralle and started to run down Petersen. Shortly after that ’s Larry Phillips blew his newly installed engine ending his night.

On lap 68, Petersen got around Robertson, when the leaders rear tire started losing air sending him to the pits. A lap 68 red flag for tangled cars and debris on the track tightened the field putting Collier right on Petersen rear bumper. Petersen maintained a slim leader over Collier until just before the white flag waved when the rear end let go in Collier’s mount eliminating him from competition.

Petersen, a native of Grand Island, Nebraska sailed home ahead of Martin, Dralle, Abilene, Kansas Shelby Steenson and Arvada, Colorado’s Butch Speicher. Peterson would receive $3,000 for the win with Martin getting $2,000 for second. 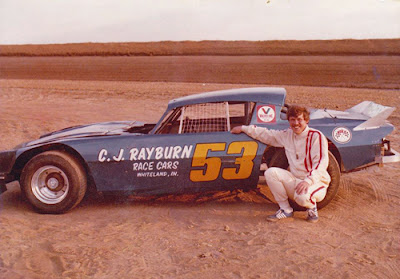 Omaha's Joe Kosiski would win the second annual All Star 100.

The second running of the “Colorado All Star Race” was dominated by one family, The Kosiski’s. Joe and Steve Kosiski dominated the event. In qualifying on August 11, 1991, Joe Kosiski guided his winged Camaro around the track for a new track record of 18.81 seconds. But wait, Joe’s brother Steve was yet to qualify and did he ever, shattering the track record by over a second with a run of 18.30.

On the following night, the drivers were greeted by a heavy cloud cover and high humidity which delayed track preparation. When things finally got under way , ’s Jay Stearns easily won the trophy dash over veteran Fritz Wilson and the Kosiski Brothers. Butch Speicher took the B feature over Joe James and then current track point leader Larry Dechant and last year’s race promoter Paul Garrison were added to the field making it a 26 car feature.

At the drop of the green, Joe Kosiski went to the top side and pulled away from his brother Steve, who was followed by Larry Phillips and Fritz Wilson. On lap 10, Wyoming’s Bob Burback dropped an engine and brought out the races first caution.
Within a few laps both John Witthar and Fritz Wilson were out of competition. At the mid-way point of the 50-lap feature, both Lynn Hunter and Larry Phillips were gone with engine problems as Joe still led with brother Steve right on his bumper.

During the second half of the feature Mel Potts has pulled into third behind the Kosiski but then his engine let go covering the track in oil. Several driver headed pit side including special guest Bobby Allison of . Allison would return however and tag the back of what was now an 18 car field.

Joe Kosiski held on and win the race by a few car lengths over his brother Steve. Nebraska’s Jay Stearns got by Arvada, Colorado’s Steve Lewis for third making it an all Cornhusker top three. Lewis held on for fourth with Mike Moran finishing fifth.
Bobby Allison made it back up to 10th place. 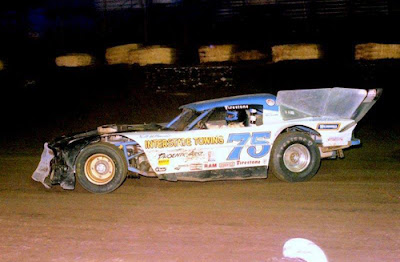 The 1982 version of the race was dominated by mother nature and a driving legend by the name of Larry Phillips. First, on the opening night of action Phillips became the first driver to turn the half mile facility in less than 18 seconds when he posted a time of 17.96 seconds. Phillips also won his heat race. Other heat race winners included Andy Claiborne of Shawnee Mission, Kansas, Billy Moyer of Ankeny, Iowa, defending race winner Joe Kosiski, and Arvada, Colorado’s Fritz Wilson.

Then, mother nature took charge raining out both the Wednesday night show but also any chance of racing on Thursday night. Even on Friday night the thunderstorms raised havoc with the program before finally letting up. Finally, at 9 pm, the cars took to the track with the trophy dash and it was ’s Fred Lundock bringing home the honors.
The B feature went to Butch Speicher with Ron Dauer, Tommy Laster and Gary Forster also advancing.

Phillips took the lead at the start of the race with Claiborne, Wilson and Moyer in tow. Near the halfway point, Moyer grabbed the lead. A few laps later a red flag flew, and all cars were allowed to pit for fuel. Phillips also changed a distributor during the break.

On the restart, Phillips blasted by Moyer who soon retired with a broken rear end. With
10 to go it was Phillips, Joe Kosiski and Tommy Laster up from the B. A few laps later, Laster got by Kosiski for second and started running down Phillips. On the white flag lap Laster got by Phillips on the back stretch but got boxed in by a lapped car and Phillips regained the lead and held off Laster in one of the best finishes of the season.

Laster, the driver had blown and engine in hot laps the first night and after replacing the engine could not get the new one to fire and was those relegated to running the B. Following Phillips and Laster to the line were Joe Kosiski, Fritz Wilson and ’s George Brazil.

The fourth and final All Star race at Erie in August 1983 had more of a homegrown flavor but provided fans with an interesting finish. Fritz Wilson was the pole sitter and led most of the race. But on lap 27, Butch Speicher battled past both Wilson and Paul Garrison to grab the point only to lose a cylinder on lap 39. then assumed the point and was headed for the victory, but on the white flag lap he to lost and engine and handed the win to Garrison.

During the post race interview, Garrison exclaimed. “I am really happy with this win because of the efforts that Big A has put into sponsoring my and car and making this event the success it has been over the past four years.”

The 1983 race was the last for the Colorado All Star Race. But the race had provided some thrilling time for the auto racing enthusiasts on the front range and brought some big name dirt track stars to the area.