Remembering When Iowans were Kings of Dirt

by Lee Ackerman
Omaha, Neb. - In the 1970’s drivers from Iowa were a force to be reckoned with in dirt late model racing. This should not have come as a big surprise to anyone as Iowa drivers had long dominated the International Motor Contest Association Stock Car division.


Ernie Derr was a 12-time champion of IMCA while Dick Hutcherson won the title twice and then went on to have a successful career in NASCAR. Don White after winning three IMCA titles, left to compete on the USAC circuit and became the winningest driver in  stock car division's history. Ramo Stott after being runner-up to Derr and Hutcherson seven times, went on to win the pole at the Daytona 500 and become the ARCA champion twice. Just to make matters worse, Dick Hutcherson’s little brother Ron, left IMCA and became a three-time ARCA champion, and they all had one thing in common, they were all from Keokuk, Iowa. There were other Iowa success stories, Johnny Beauchamp and Tiny Lund left Harlan, Iowa to become successes in NASCAR as well. Beauchamp, of course, was involved in the controversial finish of the first Daytona 500.

But the 1970’s brought out a number of Iowa drivers that, while they did not move on to NASCAR would become dirt late model legends in their own right. In the span of seven years, four different Iowa drivers won the prestigious World 100. 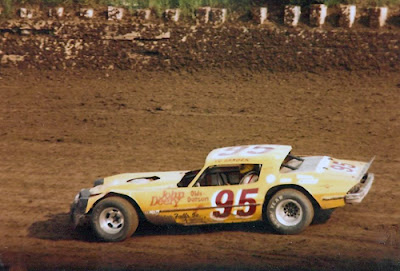 Discussions of this era in Iowa dirt late model racing have to start with Ed Sanger. Sanger was probably the first driver from the area that hit the road looking for world’s to conquer in dirt late model racing. Throughout his illustrious career, Sanger has won over 30 track championships and more than 600 races. The amazing part is he still races locally in northeast Iowa.


The highlight of his career has to be winning the 1974 World 100 at Eldora, but in addition he won many other big races including the Triple Crown Dirt Championship in 1971, the JC Challenge Cup in 1975 & 1976, The Silver Dollar 1000, the Miller 100 at Cedar Rapids, the Grand National at Boone (three times), The Iron Man Invitational at Hibbing, Minnesota (three times), the South Dakota Invitational, the Missouri State Championship, the North Dakota State Championship, the Wisconsin NGK Invitational and the Quad City 100 just to name a few. In 1976, Ed showed just how good he was by winning 43 races and becoming America’s winningest driver that year. In his heyday, the 70’s, Sanger raced from Canada to Florida and most places in between. In addition to all the racing he became a well-known car builder, putting together about 30 chassis each year in addition to having a parts and sales business. Sanger was inducted into the National Dirt Late Model Hall of Fame in 2004. 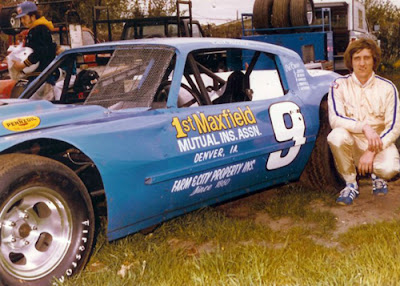 In 1977 I saw my first 100-lap feature and what an ending. It was the Cornhusker-Hawkeye Challenge at Sunset Speedway in Omaha and Curt Hansen passed Ed Sanger on the last corner of the last lap to win his third straight Cornhusker Hawkeye. Hansen did not travel all over the country like Sanger did, preferring to stay closer to home, but in Iowa and the surrounding area he was tough to beat in his prime. In 1978, he raced four tracks on a regular basis, Oskaloosa on Wednesday, Cedar Rapids on Friday, Des Moines on Saturday and Waterloo on Sundays. He won all four track championships that year and with it he was name Iowa Late Model Driver of the Year. In addition to winning the Cornhusker- Hawkeye Challenge in 1975-76 & '77, Hansen won many other specials of his time including the Falstaff 100 at Hawkeye Downs in 1976 & 1978, the Pabst Blue Ribbon 100 at Quad City, the Knoxville Late Model Nationals in 1977, the Grand Nationals at Boone in 1977; the Canadian National Dirt Track Championship in 1977 and the 1972 Dirt Track Classic at Deland, Florida just to name a few. Hansen posted over 300 wins in his career. 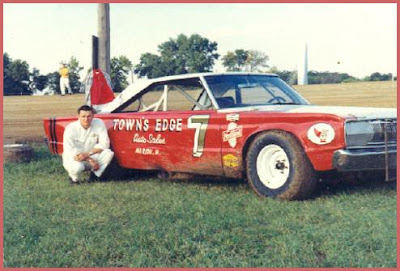 Mechanicsville, Iowa’s Verlin Eaker was the first Iowan to win the prestigious World 100, winning the event in 1972.That same year he won the inaugural Cornhusker Hawkeye Challenge. Verlin did try his hand at USAC and ARCA and even ran in a Daytona 125 qualifier. In 1971 he won the USAC 100-mile stock car event at the Iowa State Fairgrounds in Des Moines.

In 1978 Verlin won both the Yankee Dirt Classic at Cedar Rapids and the Midwest Dirt Track Championship at Muskogee, Oklahoma. In 1979 he added the Miller 100 at Cedar Rapids to his list of laurels. Eaker was inducted into the National Dirt Late Model Hall of Fame in 2007. 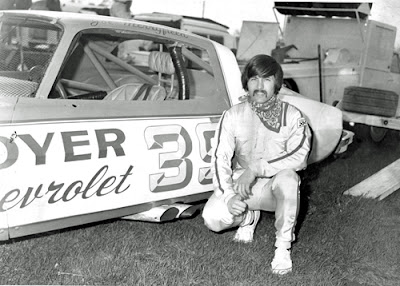 "Injun" Joe Merryfield of Des Moines scored his biggest win of his career by winning the 1975 World 100 in a car owned by current World Dirt Racing League Founder and President Jim Wilson. In 1978 Merryfield traveled to North Dakota, Nebraska, Minnesota, Alabama, Missouri, Ohio, Oklahoma and Wisconsin and Iowa searching for wins and came up with two big wins, the Nebraska Late Model Nationals at Doniphan, Nebraska and the North Dakota State Championship. Other wins include the Grand National at Boone in 1972, the Pabst Blue Ribbon Classic in Mason City in 1977, the El-Kahir Shrine Race at Hawkeye Downs in 1978. In 1981, Merryfield won the National Outlaw Stock Car Association inaugural event at Ferris Collier’s 65 Raceway Park in Branson, Missouri. Later that year he won the Tombstone Rally at Tri-City Speedway in Granite City, Illinois. 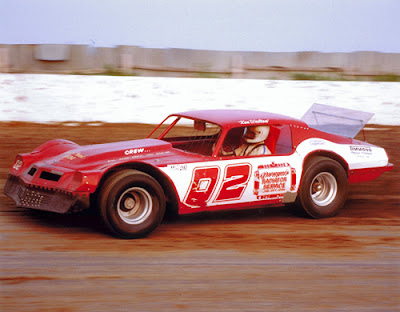 Kenny Walton of Viola, Iowa made a name for himself in the late 70’s and early 80’s. In 1978 Walton won the World 100 becoming the fourth Iowa driver in seven years to do so. In 1977 he won the Paul’s Super Series in Wisconsin winning 5 of 7 events and the U.S. Dirt Track Nationals at Champaign, Illinois. He was a three time winner of the Pepsi/Mt. Dew Classic at Oskaloosa, Iowa. In 1979 Walton raced in at least 10 states winning 13 features and was the National Speedways Contest Association Late Model Champion. In 1981 Walton repeated as NSCA champion and also added wins in the Yankee Dirt Classic and the I-70 Nationals. For many years Walton raced the familiar number 02 owned by Dwayne and Cle Schneider of Iowa City. In 1984 he won the Grand National at Boone Iowa and also was the NASCAR National Winston Racing Series Champion that year.

While we have highlighted the careers of the five drivers above, there were several other Iowa drivers that made a name for themselves during this time. Fred Horn of Marion, Don Hoffman of Des Moines, Gary Crawford of Independence, Mike Niffenegger of Kalona, Tom Hearst of Wilton, Roger Dolan of Lisbon, Bill Martin of Council Bluffs and Bob Shryock of Estherville just to name a few would leave an impact on dirt late model racing throughout the Midwest. Oh, and in 1977 a young rookie driver from Des Moines netted 20 wins in the #98 he raced for his father. He would go on to help take dirt late model racing to a whole new level. Today, we call him Mr. Smooth, Billy Moyer.