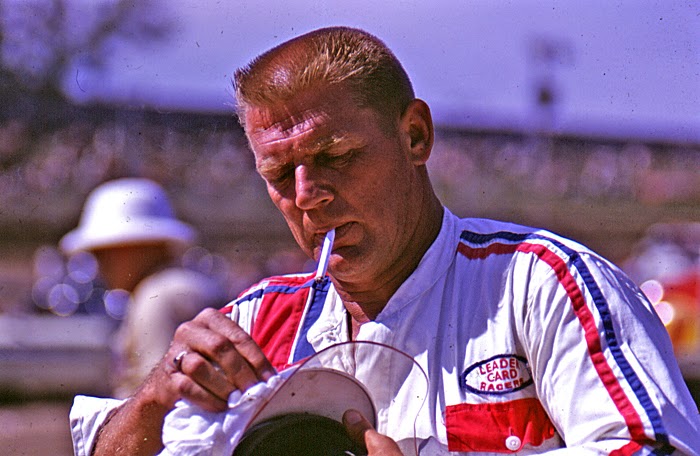 Larson moved in front after Greg Weld of Kansas City and Johnny Rutherford of Fort Worth, Texas, locked wheels and both spun out. Carl Williams of Kansas City made an early challenge, but Larson refused to give up the lead spot.

A. J. Foyt of Houston, Texas, and Mario Andretti of Nazareth, Pennsylvania, did not appear for the races.

Weld, the point leader in USAC competition, set a lap record of 22.88 seconds in time trials and a heat race record of 3 minutes and 5 seconds in the first heat. He bettered times of 23.44 by Don Branson in 1963 and 3 minutes and 8 seconds by Jim Hurtubise the same year.

Ray Lee Goodwin, Kansas City’s super modified race champion, got a chance to drive because of the shortage of drivers. Goodwin placed second in his heat race after leading for four laps. He finished a very creditable ninth in the feature.