April 22 – Larry Nipple of Albany, Wis., driving a 1975 Camaro, won the 30-lap feature for late models at Lake Geneva (Wis.) Raceway on Saturday night. Nipple took advantage of a mid-race restart to grab the point on lap 16 and held that spot until the checkered flag. John Speer of Janesville, Wis., chased Nipple all the way to the finish but settled for runner-up honors. Danny Darnell of Deerfield, Ill., was the hard charger for the evening, starting at the rear of the pack and finishing third behind Nipple and Speer. Conrad Morgan of Dousman, Wis., captured fourth and Larry Hicks of Lake Geneva rounded out the top five. Bill Henry of Elkhorn, Wis., piloting a 1967 Ford, scored his second consecutive spectator stock win, taking the 15-lap main event. April 22 – Eddie Leavitt of Kearney, Mo., scored his first USAC sprint car win of the season at the Reading (Penn.) Fairgrounds on Saturday night. Leavitt also won the second heat, but failed to score a clean sweep when Chuck Gurney turned the evening’s fastest qualifying lap at 23.575 seconds. Leavitt, last season’s rookie of the year, started on the pole and led all 40 circuits around the historic half-mile.

April 22 – Driving the same car his father, Etchie Biertzer, piloted to victory in last year’s season opener, Ken Biertzer won the 25-lap super modified feature to highlight opening night activities at the Kenosha (Wis.) County Speedway on Saturday. The younger Biertzer came from his seventh starting spot to overhaul front-row starter Jim Moulis of Johnsburg, Ill., for the lead on lap 12 and led the rest of the way to capture the victory. April 22 – Don Leach of Beloit, Wis., driving a 1977 Camaro, took the lead on the fifth lap and went on to win the 30-lap late model feature in the Rockford (Ill.) Speedway season opener. The 1977 late model point’s champion was followed to the finish line by Wayne Lensing of Rockford, Wayne Swartout of Beloit, Jim Kersten of Janesville, Wis., and Jack Klein of Rockford. Jim Harrolle of Loves Park, Ill., drove his 1967 Chevelle to a feature victory in the roadrunner division. 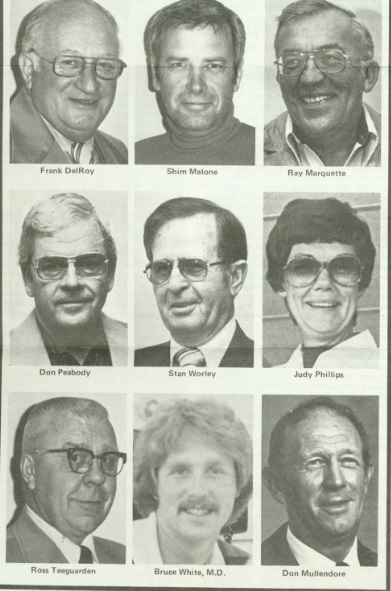