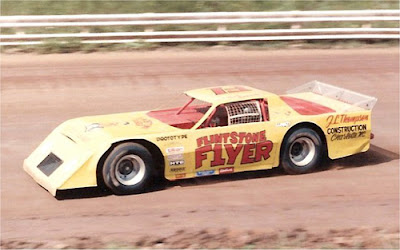 1984 – “I didn’t know Rodney was out of the race until it was over,” Mike Duvall said after he took the checkered flag first to take home the $20,000 by winning the NDRA Stroh’s/Dodge Super National at I-70 Speedway in Odessa, Mo., on July 21. Rodney Combs of Lost Creek, Va., was so far ahead of the field, that when blue smoke rolled from his car on lap 54, he was well ahead into lapped traffic and no one noticed that he left the event with a blown piston. Comb’s exit gave the lead to Duvall and with only one yellow flag being waved the entire event “The Flintstone Flyer” didn’t know he had won until he saw the checkers come out. Bill Martin of Council Bluffs, Iowa put on the drive of the night, coming from his 20th starting spot to finish second. Mississippi’s Jerry Inmon took third while Willy Kraft of Lakefield, Minn., grabbed fourth and Omaha’s Joe Kosiski rounded out the top five. 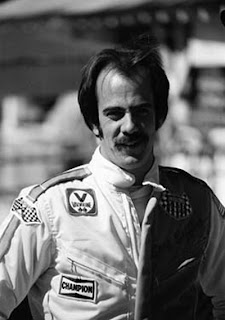 1979 – Two of the USAC sprint car division’s younger drivers, Greg Leffler and Steve Chassey, showed the veterans the fastest way around the high banks of Roger Holdeman’s Winchester (Ind.) Speedway on Sunday afternoon, July 22. Each driver won a 30-lap feature in the circuit’s program which capped the tracks annual Old-Timer’s Weekend. Leffler won the first feature in record time, averaging an eye-popping 111.857 miles per hour with Chassey in hot pursuit. Chassey then reversed the finish in the nightcap and upped the speed mark in 112.112 miles per hour as Leffler finished second, nearly a straightaway behind.

1972 – Tom Maier of Midland, Mich., led only 4 feet of the100-lap Ohio State Championship feature but that’s all it took to claim the $2,000 first prize on Sunday, July 23 at Tri-County Speedway in West Chester, Ohio. Maier’s 1969 Chevelle started 19th and climbed to second behind Rodney Combs who led from lap 71 onward. But on the final lap, Combs’ Chevelle ran out of gas on the back stretch and started to slow dramatically. Maier’s machine managed to close the gap as they came out of turn four and only feet from the start/finish line, whipped by Combs. Ed Howe of Beaverton, Mich., the early leader in the event, took third while Milford, Ohio’s Bruce Gould earned fourth. Tom Collella of Pittsburgh rounded out the top five.

1967 – After biding his time and avoiding traffic during early laps, Dean Montgomery of Milan, Ill., slipped into the lead just four laps from home and won the 50-lap IMCA late model mid-season championship at Quad City Raceway in East Moline, Ill., on Sunday, July 23. Montgomery overhauled Ron Weedon of Pleasant Valley in the closing laps after it appeared Weedon was going to have an easy ride to victory. When two cars spun on the south turn on lap 44, Weedon, who had led the entire race and had a 60-yeard advantage over Montgomery, slowed momentarily to avoid the spinning cars. Montgomery closed the gap immediately and rode Weedon’s bumper until two laps later when he was able to get around him for the lead and eventual win. Montgomery won by 20 yards while Weedon had to scramble to retain second ahead of a charging Jim Gerber of Davenport and Don Bitner of Peoria.