The 2010 Class of the National Dirt Late Model Hall of Fame was announced this past Sunday October 18th prior to the running of Carl Short’s annual Dirt Track World Championship, this year presented at the Lawrenceburg (Indiana) Speedway. 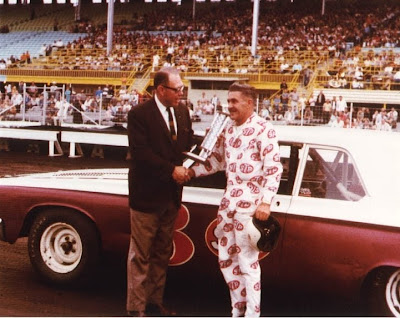 Headlining the Driver’s category is 12-time IMCA Late Model Champion Ernie Derr of Keokuk, Iowa. Derr’s career took him from 1950 through 1977 in late models claiming over 450 feature victories, a huge number of championship events and is a past inductee of the Iowa’s Sports Hall of Fame.

Another Iowa great Ronnie Weeden was named to the upcoming class known for his 56 years of dirt racing competition and over 500 career feature victories and countless track titles. Weeden who passed away in 2005 was legendary in western Iowa and eastern Illinois but had accumulated wins from his region all the way to Florida. 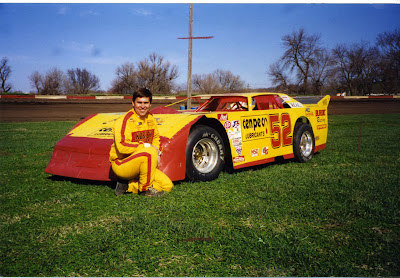 Steve Kosiski from Omaha, Nebraska joins his brother Joe who was previously inducted into the Hall in 2008. Steve had amassed over 300 career feature victories and was prominent on the NASCAR Busch All-Star Series collecting 7 championship series titles and is the all-time winningest driver with the group with over 50 series victories.

Mike Head from Ellenboro, Georgia joins the Hall with over 600 career wins, numerous invitational victories and was champion of the Southern All-Stars Series in 1991 and the Rick’s Furniture Super Late Model Series in 1997. 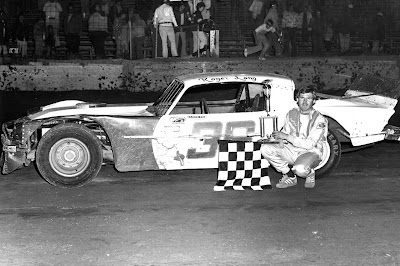 Another Midwestern great Roger Long from Fithian, Illinois joins the group on his 350 career wins and 15 track titles. Long was a part-time racer who farmed for a living and was one of UMP’s all-time winningest weekly drivers.

Billy Scott from Union, South Carolina finishes out the driver’s category racing 37 years with over 400 feature wins, including a number of invitational triumphs and multiple track titles across the Southeast.

Also selected as Contributors is the Thomas Family of Phoenix City, Alabama. Father and patriarch Jimmy Thomas along with his wife Shirley and children Billy, Bobby, Ben and Bevy were instrumental in the business areas of car and chassis building, car owning and sponsoring, driving and promoting the very successful East Alabama Speedway in Phoenix City.

The Hall’s “Circle Track Racing Magazine’s” Sportsman Award will be presented to long time competitor Freddy Smith for his dedication and ambassadorship to the sport.

This is the NDLMHoF’s 10th Class, with its first induction ceremony held back in 2001. The 2010 Class will be inducted at the Florence, Kentucky Speedway next August prior to the running of the annual North-South 100.