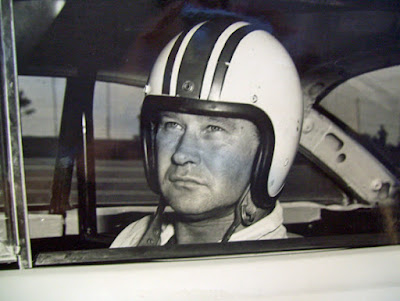 
It is less expensive to compete in ARCA than NASCAR, where Stacy has been since 1960, because the cars must be closer to stock models in engine specifications.


They may not go as fast as NASCAR’s best-proved Saturday when Richard Petty of , set a 50-mile NASCAR mark of 171.919 miles an hour in a 1964 . But Stacy’s 154.103 miles per hour in the ARCA 250-miler was just short of the track record and came despite seven laps under the caution flag.


The yellow flag was out for a pair of spectacular spins that provided some heart stopping moments but ended without injury to Ramo Stott of Keokuk, Iowa; Jack Bowsher of Springfield, Ohio; Jim Cushman of Columbus, Ohio, and Mike Klapak of Warren, , who were in the middle of them.


Stacy, a 42-year-old grandfather who drove tanks in World War II and taxicabs just afterward, broke into racing with ARCA, then known as Midwest Auto Racing Club and won its championship three times.


“I ran pretty well the way it was planned,” Stacy said.


His strategy was to keep his 1964 Ford off the pace, within catching distance of the 1964 Plymouths of Stott and Earl Balmer of Floyds Knobs, Ind., who set the early place.


Stott’s engine blew and spun him out on the 27th lap of the 2.5-mile track. Balmer went out with an oil leak on the 67th.