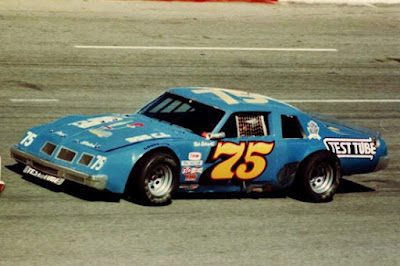 
Nashville, Tenn. (October 18, 1981) – Bob Schacht of Lombard, Ill., grabbed the victory in the Nashville ARCA 100 at Nashville International Raceway.
The event was moved to Sunday afternoon after the rain washed out the program on Saturday night. Only the time trials got in under the threatening skies.
The rain also played havoc for Billie Harvey, the current world record holder in a stock car. He would set a new track record on Saturday evening with a time of 20.54 seconds, erasing Marvin Smith’s 1979 record of 20.79 seconds.
Harvey had a commitment to compete in an All-Pro event on Sunday and wasn’t able to race against the ARCA stars.
This put Schacht on the pole by virtue second fastest time in qualifying. Schacht led until lap 51 when he pitted under caution to replace a flat rear right tire. Chicago’s Bob Dotter, the 1980 ARCA champion, then inherited the lead when the green flag reappeared.
Dotter, Smith and 1981 ARCA champ Larry Moyer ran nose to tail for the next 40 circuits, with Schacht slowly making his way back to the front of the field.
On lap 77, Bobby Jacks blew an engine and took 19-year-old Jerry Bowman with him into the turn one wall. The red flag was displayed, putting Schacht five cars behind the leader.
Schacht, who made his move to get by the next three cars shortly after the red flag period, moved up on Dotter’s bumper on lap 92. He then moved into the lead when Dotter’s throttle linkage broke and went on to victory.
A total of 34 cars were on hand.