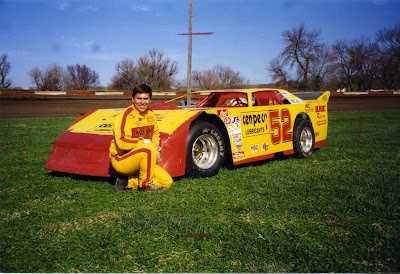 
by Lee Ackerman
Omaha, Neb. - In 1985 NASCAR decided to start a touring series for dirt late models in the Central Region. The series would be called the Busch All Star Tour. For the next 17 years the series would provide racing fans with one of the most competitive series around.


The inaugural event was scheduled for Tuesday, July 30 at the Adams County Fairgrounds in Corning, Iowa, but was actually delayed a day by Mother Nature. When things finally got underway, five qualifying heats were run. Heat winners included Roger Dolan of , , Ken Walton of Viola, , Larry Harvey, Jr. of Kansas City, Missouri, Steve Fraise of Montrose, Iowa and Tom Hearst of Wilton, Iowa. John Chapin of , and Joe Kosiski of won the two B Features.


The first 50-lap feature in Busch All Star Tour history got off to a rocky start with the red flag coming out on the opening lap. On the restart, Ken Walton jumped into the lead with Hearst, Steve Kosiski and Dale Fischlein in tow. Steve Kosiski assumed the point on lap four, a position he would maintain for the rest of the 50-lap affair. Roger Dolan, who started in the seventh row would move into second place on lap 10 and pressure Kosiski throughout the event but would have to settle for second. 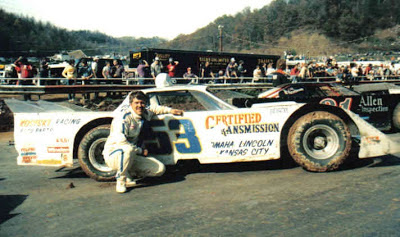 The fastest car in the event was probably Joe Kosiski. Starting in the eleventh row as a result of winning the second B main, Joe had moved all the way up to third by lap 26. However, a tangle with a lapped car on lap 30 put the oldest Kosiski into the guardrail with a flat tire. He would return to action at the tail of the field and work his way up to eighth at the end of the feature. The worst incident of the feature was a lap 22 tangle between ’s Glen Robey and ’s Don Weyhrich. The incident eliminated Robey from competition. The top five at the end of 50 laps was Steve Kosiski, Roger Dolan, Tom Hearst, Dave Chase and Kenny Walton as the first Busch All Star Tour event went in the record books.


At the end of 50 laps it was Sanger, Dolan, Joe Kosiski, Fraise and ’s Dan Dickey. Heats went to Mark Burgtorf, Tom Hearst, Terry Gallaher and Dolan with Dick Barker taking the B.


Round three was held on Labor Day at the Quincy Raceway in . Heats were won by Sonny Findling, Harley Harrelson, Joe Kosiski and Roger Dolan with Tom Frasher winning the consolation. In the feature event Roger Dolan took the initial lead but was overtaken by Joe Kosiski who went on to win the feature event. Dolan was second, Jeff Aikey third, Steve Kosiski fourth and Rollie Frink fifth.


September 27 brought the Busch All Star Tour to Lakeside Speedway in for round four of the Tour. This event would turn out to be a mirror image of the NASCAR Central Region weekly racing series battle. In that season long battle Steve Kosiski would nip Roger Dolan for the championship. At , it took only 40 laps for Kosiski to defeat Dolan in the fourth annual Pepsi Challenge.


Kosiski took the lead from Dolan on the 12th lap of the 40-lap feature as both drivers moved all over the race track in search of the fastest groove. Kosiski would hold on for the win with Dolan second, Steve Fraise third, Curt Martin fourth and Ed Kosiski fifth. Heats went to Steve Kosiski, Roger Dolan, Dale Fischlein and Curt Martin with Terry Gallaher taking the B. 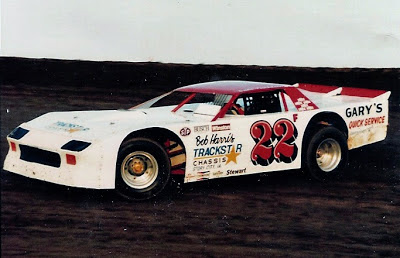 
On Saturday night, Kevin Gundaker and Donnie Cooper won the consolation races. At the drop of the green in the 50-lap feature, outside front row starter Dan Dickey driving Ken Walton’s car took the lead and led the entire 50 laps to take home the feature win. Following Dickey to the checkers was Steve Fraise, Dave Chase, Jim O’Connor and Steve Kosiski.


The final round of the NASCAR Busch All Star Tour came down to a two day event at I-70 Speedway in on October 19 and 20. It was Dolan versus Kosiski. Coming into the final race of the season, Steve Kosiski maintained a 37-point lead over Roger Dolan. On Saturday night during qualifying Kosiski out-qualified Dolan by .13 of second. Then came the six heat races. Dolan won his heat, but Steve Kosiski not only didn’t win his heat, he blew a motor on lap two. Had Kosiski finished in the top three of his heat, he would have started on the pole of the feature. As it turned out he would drive the already qualified car of Bill Baldwin and would start 24th. 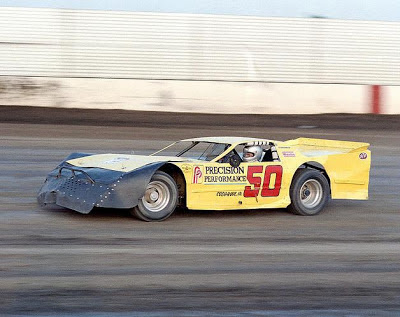 At the drop of the green, Dolan jumped into the lead and was pursued by 1985 I-70 track champion Gene Claxton. By lap four Claxton had the lead but the two were battling side by side. By lap 13, Bob Hill was in third place with Bill Martin charging from the back. By lap 20 Martin had third. On lap 22 Dolan moved to the top of the race track and inched ahead of Claxton where he stayed for the remainder of the race. Claxton would finish second, Martin third, Hill fourth and Fraise fifth. Steve Kosiski would make the biggest charge of the night starting 24th and finishing eight.

When the final points were tallied, Dolan would be crowned champion by ONE point over Steve Kosiski. The win was worth $3,000 to Dolan plus another $2,000 for winning the championship.


“We blew the motor in our car on the preliminary night and were fortunate enough to get a ride in Bill Baldwin’s car,” recalls Steve Kosiski, we just came up one position short in the feature. It was a tough loss but we learned from it.”