1999 - Bart Hartman continued his mastery of Florence Speedway leading all 100 laps of the STARS National DirtCar Racing League-sanctioned 13th annual Ralph Latham Memorial 100 in Union, Ky., on Saturday, June 5. Hartman broke into the lead at the drop of the green and ran uncontested to the $10,000 payday. It was his first STARS triumph of the season and second straight Ralph Latham Memorial 100 victory. Steve Shaver finished nearly two seconds behind with Mike Balzano third, Donnie Moran fourth and Gary Stuhler in the fifth spot. 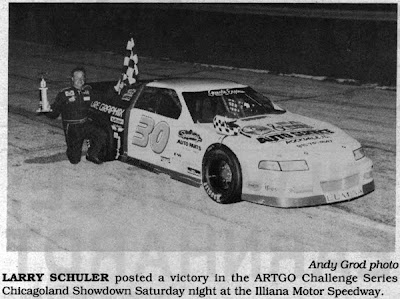 1982 - Emory Collins, 77, a man who raced for more than 32 years over five decades died suddenly in his hometown of Le Mars, Iowa following a series of heart attacks. Collins, a four-time International Motor Contest Association sprint car champion. began his racing career in 1919 in Canada and drove his last race in the United States in 1951. Collins was the IMCA champion in 1938, 1946, 1947 and 1948. 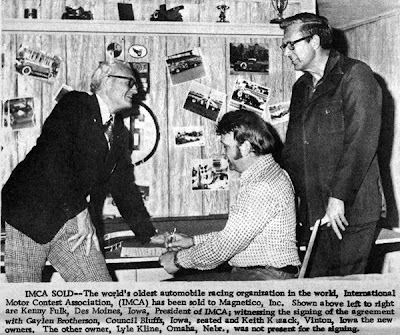 1976 - The world's oldest racing organization, the International Motor Contest Association (IMCA) has been sold, it was announced by President Kenneth Fulk. The new owners are longtime race promoters Lyle Kline and Gaylen Brotherson of Omaha, Neb., and Keith Knaack of Vinton, Iowa. The new owners announced that they plan to operate IMCA under nearly the same guidelines as previously set. The racing organization will be set up as a non-profit group where all income will go back to the member drivers, owners, purses and point funds.