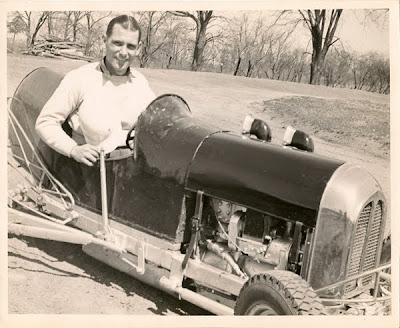 The late Les Burianek of Cedar Rapids, Iowa (above photo) competed in Midgets before becoming an award-winning race photographer at the Hawkeye Downs in the 1950’s and 60’s. He also penned a column, The Finish Line, for the Cedar Rapids Citizen-Times.

Jim Gerber of Davenport, Iowa the son of 2010 inductee Johnny Gerber, ran Jalopies and Stock Cars at Hawkeye Downs with great success in the 1950’s and 60’s.

Ron Hochstetler owns a towing service in Cedar Rapids and has provided tow trucks and safety equipment for Hawkeye Downs Speedway for over a decade. 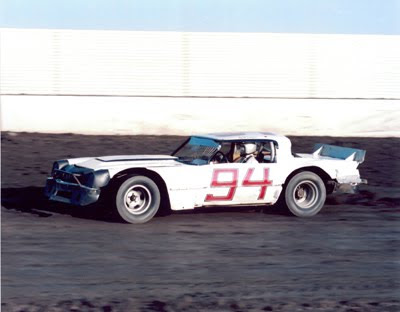 Karl Sanger of Waterloo, Iowa (above photo) was a consistent top-10 competitor in the Late Model division starting in the 1970’s and continuing into the early 80’s. Sanger posted numerous feature wins, competing against some of the best drivers in the Midwest during that time.

Benny Jamison of Lisbon, Iowa, was a successful racecar builder and owner for many years, having the likes of Roger Dolan and Bill Beckman behind the wheel of his race cars. 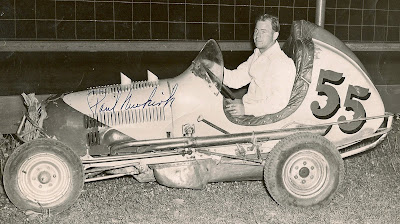 The late Paul Newkirk of Cedar Rapids, Iowa (above photo) was an accomplished Midget driver in the 1940’s and 50’s before a race-related accident cut short his driving career. He then became a nationally recognized mechanic for the Zecol Lubaid Ford race team in the 1960’s, wrenching for legendary drivers such as Don White, Norm Nelson, Joe Leonard and Mario Andretti.

Johnny Mudd of Cedar Rapids, Iowa was a model of consistency in the Sportsman division, regularly placing in the top five in the point standings and winning track titles in 1999 and 2003.

Charles “Chopper” Safley of Springville, Iowa competed at Hawkeye Downs Speedway starting in the late 1970’s in the Street Stock division when the Downs’ was a dirt surface and into the early 90’s in the Pro Stock class when it turned to asphalt. He was the Street Stock track champion in 1979 and 1980.

There will be a meet and greet with the new inductees as well as previous inductees under the main grandstand before the evening’s program. Many former Wall of Fame inductees are expected be on hand for the evening's program.